Up and away: The odyssey of THAT Barusso free-kick 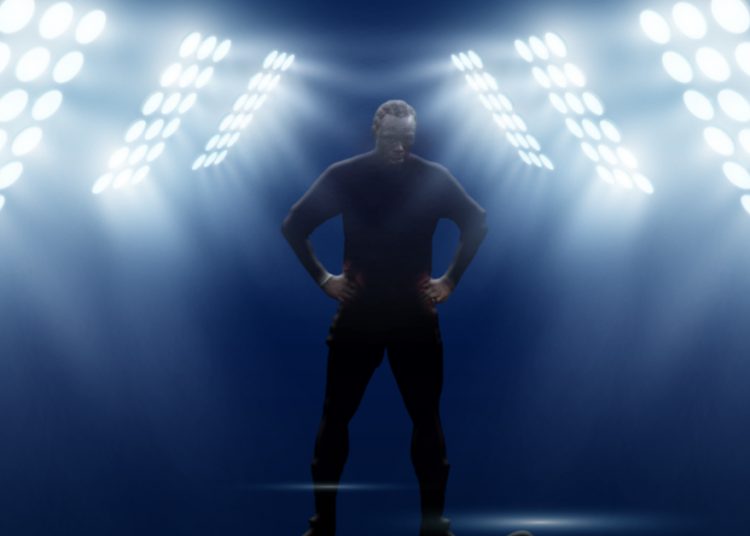 “When I went back to Europe, Francesco Totti called me and told me he watched the game. He said he knew I’d miss from the way I stood behind the ball,” Ahmed Barusso said in an exclusive interview with Citi Sports.

If this was life, people would preach about not letting the past define who you are; they would ask and then give you a thousand second chances for the opportunity to get back up on your feet.

But not with football – because football is larger than life. It is the heartbeat of many, and as with the heart, misjudgments can often be costly.

Just ask Asamoah Gyan or Roberto Baggio, who are still defined by their penalty misses at respective FIFA World Cup tournaments, regardless of their sterling careers.

That’s just how it is in this cruel game we all love.

Ahmed Barusso was yet to make an appearance at the tournament as the Black Stars marched into the semifinals at the 2008 AFCON. The come from behind win against rivals Nigeria in the quarters had breathed new life into the “host and win” agenda.

With captain, John Mensah, sent off in the win against Nigeria, and an injury to Shilla Illiasu – the only other natural center back in the Ghana squad, many expected Barusso to make his first start alongside Eric Addo in defense.

Much to his disappointment, then Black Stars head coach, Claude Le Roy, opted against that move, leaving Barusso to settle for a place on the bench, yet again.

Ghana’s semifinal opponent was Cameroon, winners of 2 of the previous 4 editions of the competition. Head coach of the Indomitable Lions, Otto Pfister, vowed to “tactically paralyze” the Black Stars, and his plan seemed to be working as Ghana offered next to nothing in the first half.

There was something off about the Black Stars players that night. With 20 minutes to go, Cameroon capitalized on a quick counter attack and Alain N’Kong put the Indomitable Lions ahead against the host nation.

Mouths grew dry and hearts were beating fast in utter distress. Ghana was heading out of the competition, and the dream of a “host and win” was speedily fading away.

Ghana needed something from somewhere – a change of plan, a moment of inspiration, a stroke of luck, anything. Le Roy turned to Barusso. The Roma man was brought on for André Ayew on 86 minutes – the move that would change his life forever.

“Every player who comes on late in a game believes he can change it – unless you’re not determined. I made two or three important recoveries which gave me more morale before the incident,” Barusso said.

After making an inch perfect tackle in the center circle to win possession back for Ghana, Barusso drove into the Cameroonian half and laid a pass to the feet of Sulley Muntari, who was fouled.

The clock read, 90+3. Certainly, this was going to be the last kick of the game; Ghana had to make it count. The whole country went quiet and one could hear themself breathe.

Months of preparations, ninety-plus minutes of pulsating football action had come to this; the last hope of keeping the host nation in the competition.

If the team did not have a player to bend the ball around the wall like David Beckham, the Black Stars needed a player with power to fire a cannon ball through it.

Barusso stepped forward – the Hercules of the team; stoutly-built, brimming with confidence; if there was any man trusted with a single combat in this battle of Accra, it was this Roman soldier.

As the referee blew his whistle and the crowd held their breath, Barusso grabbed the ball, pressed it firmly with both hands, and signaled for a change of the ball.

The moment added to the tension and one could hear a pin drop in a venue that was clouded with ‘vuvuzela’ sounds just moments earlier.

The new ball arrived; Barusso kissed it before placing it in the spot. He then moved a few steps back and made his run for the kick.

He kicked the ball wildly over the bar and with it the dreams of an entire nation, serving up the biggest anti-climax Ghana football has seen in the last two decades.

Twelve years have passed since the incident, and many still scratch their heads for answers to the question, “why did Barusso take the free-kick?”

The AS Roma man was actually the team’s designated free kick taker. Fans didn’t know that, obviously because he had not made an appearance all tournaments until then.

“I was the best at free kicks in the team. We used to battle every day after training. Sulley [Muntari] and I used to shoot with power, while Laryea [Kingston] and the rest went for curling. Mine was to hit from 35 to 40 yards, and I scored between 5 and 8 out of 10 at every session,” he explained.

Why did he change the ball?

No, it wasn’t punctured. The ball, although well within the legal range of air pressure, was on the lower side of that range. Barusso needed it to be at its optimum level due to his free kick taking technique.

Football is an art as well as a science. Physics explains that the higher the air pressure in a ball, the quicker and further it moves. For someone who was about to shoot directly at goal from 35 yards, he needed every aspect of science to be in his favour.

Sadly, a simple case of indecisiveness and bad posture let him down. He had learnt a number of techniques over the course of his career in an attempt to perfect his unique style. His failure to settle on which particular technique he wanted to use coupled with his failure to lower his upper body caused the ball to rise, and keep rising. Lowering your upper body causes the ball to dip, and Barusso failed to do so.

“There was a lot of tension and pressure. If I had taken a couple of free kicks before that one, I’m sure I’d have gotten it right. I should just have lowered my body. Totti explained it to me when I went back to Rome. It’s disappointing, but I can’t dwell on it,” he said regretfully.

Timing is a very interesting phenomenon. Think about it. How often do players score 30 yard free-kicks? It’s a rare sight. But the timing of the free-kick (and maybe Barusso’s decision to kiss the ball) raised expectations.

Imagine if the free-kick came in the first half with the score goalless – would you have paid attention? Would you even have remembered the incident?

Ghanaian football fans need to critically assess the situation and remember that forgiveness is a virtue.

Isn’t it time to let Barusso off the hook?