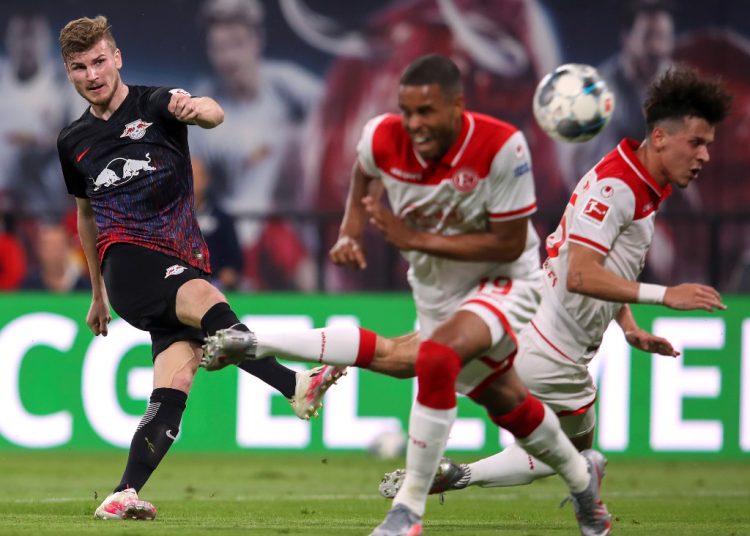 Timo Werner will officially be a Chelsea player from July.

Until then, he remains with German club RB Leipzig and keeps showing why the West London club are spending almost 50 million to sign him.

Playing in the Bundesliga against Fortuna Dusseldorf, and with Leipzig already 1-0 up, a ball from the right was teed up for Werner in the box.

He took it in his stride and fired into the top corner for his 26th league goal of the season, in just 32 games.

Fortuna, however, staged a great comeback late on to steal a point.

It was a goal that highlighted Werner’s versatility in goalscoring as he’s shown he can score from range, with headers, and with both feet with equal regularity.

Take a look at his great goal below

Werner misses a chance and rival fans be like “oh he’s gonna flop”.. but when Werner scores a banger Rival fans go on hush mode 😭💀 pic.twitter.com/gnqYl6ATjs

You can see his other strikes this season as well below

Up and away: The odyssey of THAT Barusso free-kick

VIDEO: Laryea Kingston recounts how he was gifted a "Tico" car after 1999 U-20 AFCON