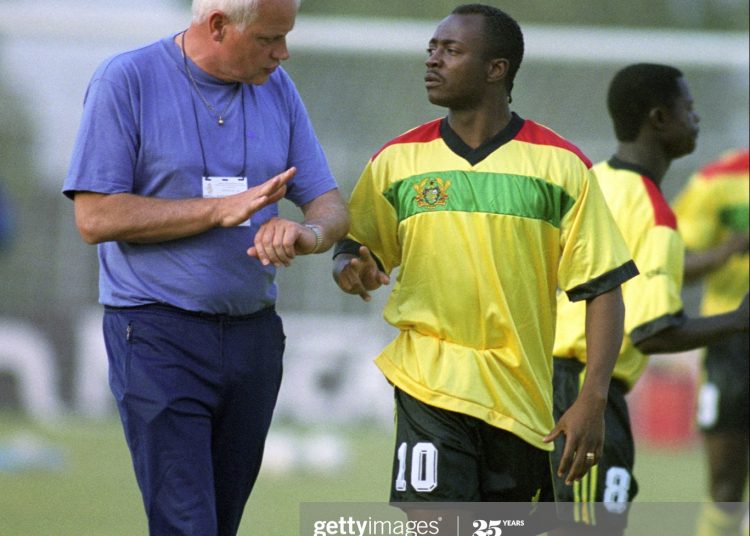 Ex-coach of the Black Stars and Black Starlets, Otto Pfister has named Ghana’s Abedi Ayew ‘Pele’ and Samuel Eto’o Fils as the best players he has ever coached.

With over 40 years of experience in coaching, German tactician, Otto Pfister believes Abedi ‘Pele’ and Samuel Eto’o are two priceless assets he had in teams he coached.

In an interview on Citi TV’s The Tracker, the 82-year-old revealed that the duo of Abedi ‘Pele’ and Samuel Eto’o and cannot be compared.

To German international, the two are the best he has ever although he has coached a lot of African stars.

I asked Otto Pfister who the greatest African he's ever coached:

"I went to his house one time for coffee, and he was juggling two balls at the same time. Aint nobody can do that in the whole of Africa". #Citisports pic.twitter.com/McBuajtECX

Samuel Eto’o was a top striker in his time. He won two UEFA Champions League trophies, one with Barcelona and the other with Inter Milan. Abedi Pele too won the same trophy with Olympique Marseille. But Abedi Pele for me in his position was a genius.

Abedi was so strong, he had skills, anticipation. He can score, he was a true hero was for me. In his time, he was one of the best playmakers in the world.

But on top of all the players I have coached, I will say Abedi Pele and Samuel Eto’o. Same level but Abedi was a wonderful player.

The German tactician coached the Black Stars of Ghana from 1992-1993 and also handled the Indomitable Lions of Cameroon from 2007-2009.