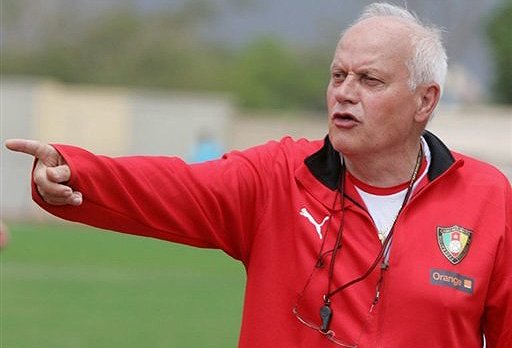 Former Black Stars gaffer, Otto Pfister believes an African team can win the World Cup only if the right infrastructure is put in place.

No African country has won the World cup since the continent made its debut at the global football showpiece in 1934.

The farthest African teams have gotten in the prestigious tournament is the Quarter-final, with Cameroon in 1990, Senegal in 2002 and Ghana in 2010.

According to Otto Pfister, the only way things will change is if there is an improvement in certain aspects of African football.

“The day Africa gets on the same level of infrastructure as Europe, a team will be able to win the world cup,” Otto Pfister told Citi TV in an interview,

“But with all these problems, it will be very difficult.  The players are not the problem, in my experience the player is never the problem.

“The problem is organization, infrastructure, the medical aspect is also very important. If we have this in Africa, good facilities, Ghana can even win the African Cup of Nations and an African team can win the world cup.”

“But if all these are not available, then it will be very difficult,” Otto Pfister concluded.

Pfister, 82, spent 23 years coaching on the African continent where he handled national teams such as Burkina Faso, Ghana, Cameroon and Togo.