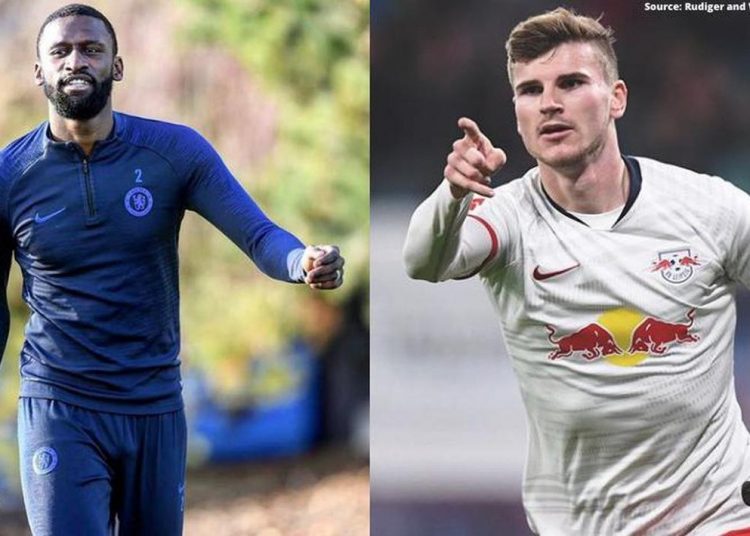 Antonio Rudiger claimed “humble” Timo Werner could be Chelsea’s Jamie Vardy as he revealed the chat that convinced his Germany team-mate to join.

The Blues centre-back is looking forward to a reunion with his compatriot as Werner, 24, prepares for his £53million move to Stamford Bridge this summer.

The RB Leipzig striker, who has 11 goals in 29 caps for Germany, has penned a £9million-a-year contract with the Blues, worth £170k-a-week.

Rudiger first met Werner at Stuttgart in 2013 where they were teammates for two seasons before the defender made the switch to Roma.

The duo have also featured alongside each other in the German national team.

He told Chelsea TV: “‘Like everyone, I’m very excited that he’s chosen Chelsea and I’m looking forward to working with him,

“I’ve known him since he was 17 and he did very good in the past few years. He can be very important for us.

“His development was just wow. In his first season everything was new for him in men’s football but then he started scoring more goals and of course with that comes confidence.

“He had very good coaches who believed in him and worked with him.”

Rudiger reckons the highly-rated German marksman is similar to Leicester star Vardy – who is leading the charge for the Premier League’s Golden Boot having found the net 19 times so far.

“RB Leipzig is a more counter-attacking team but in terms of attacking the defensive line, he’s similar to Vardy. He has a lot of pace and if the defender makes a mistake and loses the ball, then he goes!”

Rudiger kept in regular contact with Werner during the shutdown of football and admits he pulled some of the strings to persuade his fellow countryman to switch to Stamford Bridge.

The Blues ace said: “I did speak to him before because we have known each other for a long time,

“We spoke a lot during the lockdown and he told me he was interested in coming to England. Of course then I did my bit, what I had to do.

“I would say he’s a quiet, humble guy, always ready to do better,

“I hope he adapts very quickly when he comes because as we all know this competition is different than others.”