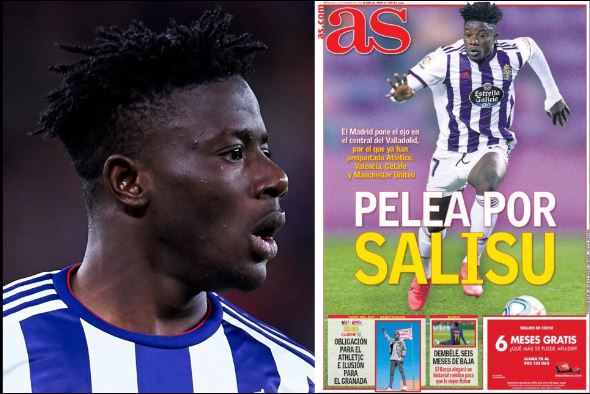 Manchester United and Everton are reportedly set to battle it out for Ghanaian center back Mohammed Salisu’s signature.

The Real Valladolid defender, 21, will be available for just £10.8million due to a release clause in his contract.

According to the Daily Mail, Everton, United and Southampton have all made enquiries for Salisu.

The Ghanaian also has an offer on the table from Ligue 1 side Rennes as they have agreed to pay his release clause.

But it is understood that he would prefer a move to the Premier League this summer.

The 6ft 3in defender has attracted a wide range of interest following his impressive spell of form in Spain.

He tops the list of LaLiga defenders for the most clearances with a whopping 136 already this season.

Left-footed Salisu is under contract with Real Valladolid until the summer of 2022.

Spanish side Atletico Madrid, Newcastle United and Norwich City have also been linked to the centre-half.