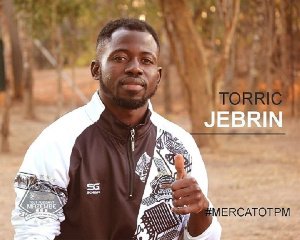 Black Stars forward, Torric Jebrin has called on government to come to the aid of players who ply their trade in the DR Congo because they are stranded due to COVID-19 restrictions.

According to the former Hearts of Oak midfielder who plies his trade for Congolese outfit TP Mazembe, the players have been struggling to feed themselves and also pay rent because they are cash-strapped, having footed all bills since football activities were halted in Congo four months ago.

In an interview with Accra-based Angel 102.9FM, the talented Ghanaian international called on the ruling government to help evacuate them since the place is not safe to live at the moment due to party politics.

“We are stranded here in Dr Congo Our money and food is finished.We don’t have food to eat. We can’t afford to pay our rents so we have all moved to leave with one of our colleague in one room. We plead with gov’t to come to our aid,” Torric Jebril said.

A similar situation has been reported in Ethiopia after a video of Ghanaian players went viral Tuesday morning.

Former Black Stars player Lee Addy and former Asante Kotoko goalkeeper Muntari Tagoe as well as other players were seen in the video appealing to government to come to their aid.

The Ghana Football Association has since liaised with the Sports Ministry to start process to fly them back to Ghana.