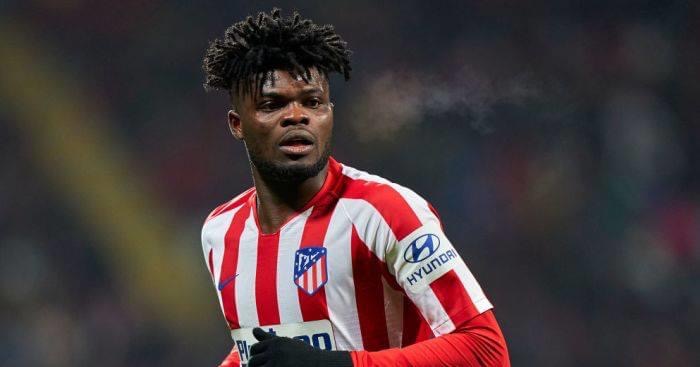 Partey has been linked with a move to the Premier League with Arsenal rumored to be the most interested.

But former France midfielder Louis Saha wants Partey to snub the gunners and join United instead.

“He’s a top player. He’s a defensive presence and a tremendous prospect. Whether he can make an impact right away remains to be seen, as we have McTominay, Fred and Matic.

“However, we have seen the impact that someone like Fabinho has had on Liverpool. He has mastered that position. Fabinho has improved the players around him.

“This guy is a rock, he defends in such a way that allows the Liverpool frontline to play their game knowing he’s protecting the defense.

“Perhaps a Fabinho-like player is already at United, but if not, then we need to find someone, whether that’s Thomas Partey or anyone else,” Louis Saha said while speaking to Compare Bet.

Partye has three more years left in his Atletico contract having signed a new five year extension in 2018.