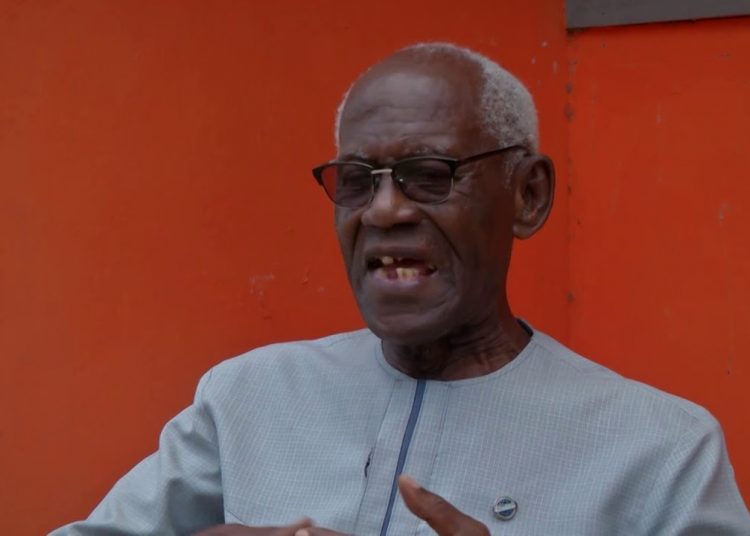 There are football commentators in Ghana and there is Joachim Awuley Lartey, who is also known as “Over to you Joe Lartey”.

As one of the finest broadcasters in his era, Joe Lartey earned a lot of respect and recognition in Ghana and beyond.

The fluency and inch-perfect description of events in a football game was just a part of a man who did not only become a legend but also defined sports journalism in Ghana.

Here are some top four facts of Joachim Lartey:

Joachim Awuley Lartey was born on June 6, 1927 at Lutterodt Street in Accra to Emmanuel Akushey Lartey and Emma Araakua Lartey.

Joe started his education at Accra Royal School and before moving to Tamale with his parents.

In 1938, he returned to Accra and was enrolled in Government Senior Boys School in Kinbu. After completing his middle education in 1943, he got admission into Accra Academy in 1944.

He spent just about a year in Accra Academy and moved to Takoradi to join the British navy.

After some time at the navy, Joe enrolled in Wolsey Hall and subsequently became a teacher.

Joachim Awuley Lartey is married to Emily Lartebia Adjei. The couple has been married for about 70 years. Blessed with children and grandchildren.

In 1961, Joachim Awuley Lartey joined the Ghana Broadcasting Cooperation (GBC) after a recommendation from Boso Kpohonu, an old mate of his in Accra Academy.

Moved from the Talks and Features Department to the Sports Department, Joe Lartey would later write the script of professional sports journalism fused with a politics.

He flourished as a football commentator and brewed a partnership and friendship with Festus Addae who would make the phrase “Over To You Joe Lartey” become popular.

Chief commentator of Ghana’s first Africa Cup of Nations in 1963 and the second in 1965 and a countless number of matches in the Ghana Premier League.

After over a decade, he joined Radio Nigeria where he stayed until 1990.

He rejoined GBC and hosted programmes such as Sports Digest and Hall of Fame on GTV.

The association has over the years honoured great sporting heroes in the country and Joe Lartey still serves as the patron of the group.

He is also known for handling Ghana’s Africa Cup of Nations win in the ’60s.

He is also famous for his interview with Muhammed Ali in 1964 and Jesse Owens in the Ivory Coast.

With his iconic voice and descriptive tone of events, the Ghanaian sports journalism fraternity was redefined courtesy of his professionalism.

Many Ghanaian football commentators today cannot talk about the game without paying tribute to the 93-year-old.

When it comes to running commentary in this country, be it political or social, especially football commentary, Joe Lartey stands tall among his peers. He certainly is one of the very best to have come out of this country.