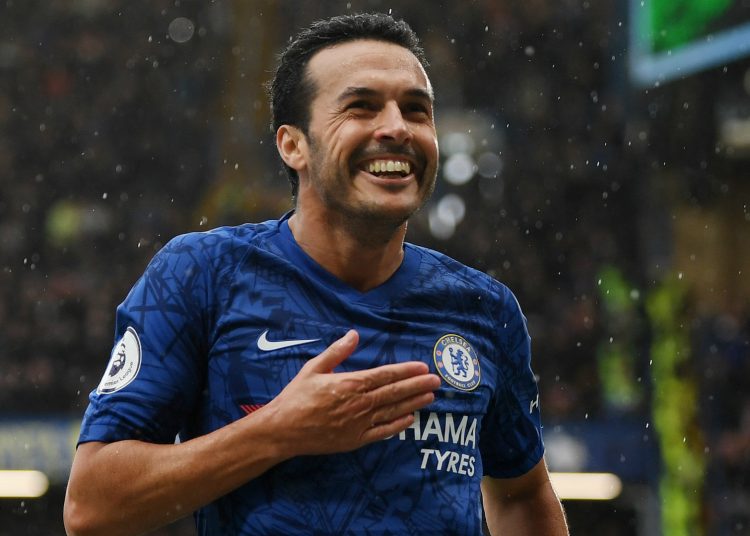 Chelsea winger Pedro will join Roma  when his contract expires at the end of the season.

The 32-year-old has signed a two-year deal worth £50,000 per week with the Serie A club, who have the option to extend the contract by another 12 months.

Pedro’s Chelsea deal was due to expire at the end of the month, but he signed a deal earlier this week to allow him to end the campaign with the Blues.

The Spaniard’s exit brings an end to his five-year spell in London following his arrival in August 2015 from boyhood club Barcelona.

Pedro has played just 18 times since Frank Lampard became head coach last summer, but will hope to help Chelsea to secure a Champions League place for next season and lift the FA Cup again before he departs.

Chelsea have already agreed deals to sign Ajax’s Hakim Ziyech and RB Leipzig’s Timo Werner at the end of the season – both players who can play out wide and will help to fill the gap left by Pedro.