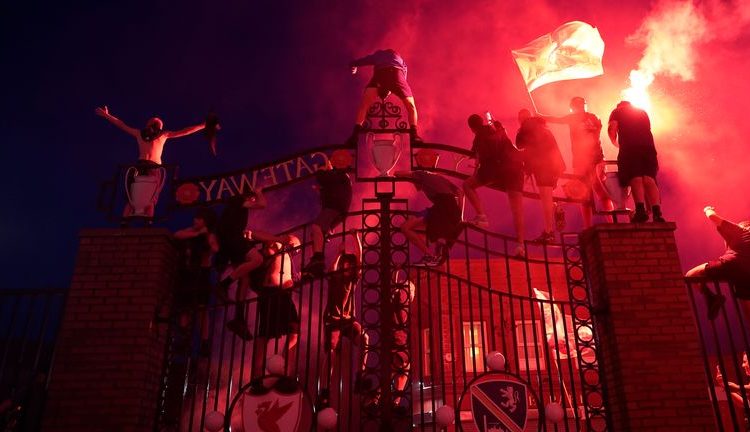 The confirmation that Liverpool had won their first-ever Premier League title sparked celebrations by Liverpool fans in Merseyside and across the world.

The eyes of every Reds fan were glued to their TV screens as Chelsea faced Manchester City in Thursday night’s massive clash. 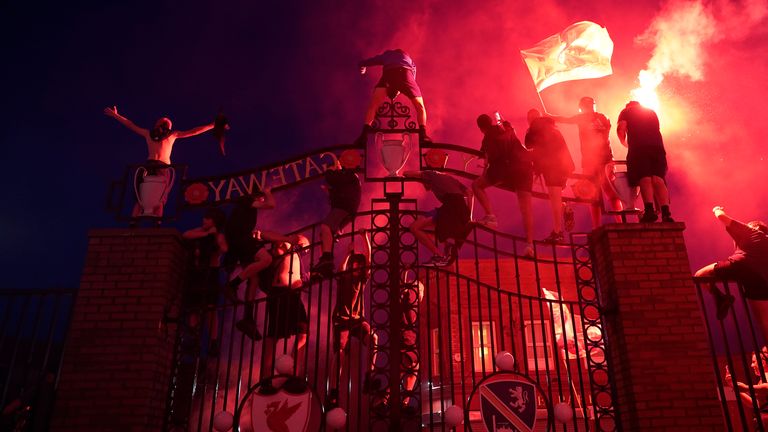 Due to the concerns over the COVID-19 pandemic, public celebrations were expected to be muted but that didn’t prevent Liverpool fans from enjoying their moment.

Liverpool fans gathered outside Anfield after the final whistle to celebrate, climbing the gates in ecstasy. 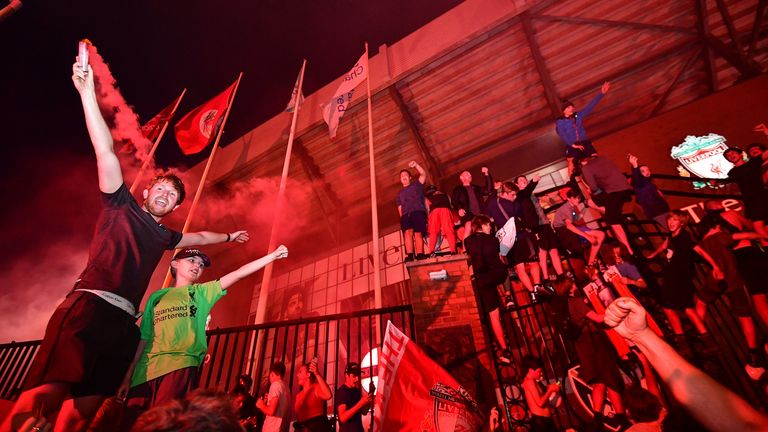 Some of them even gathered outside Stamford Bridge and partied as Man City’s bus drove away.

Obviously, the Reds players weren’t to be left out of the celebrations.

The players had gathered to watch the match and went through a range of emotions as Chelsea took the lead, were pegged back by Man City and retook the lead from the penalty spot. 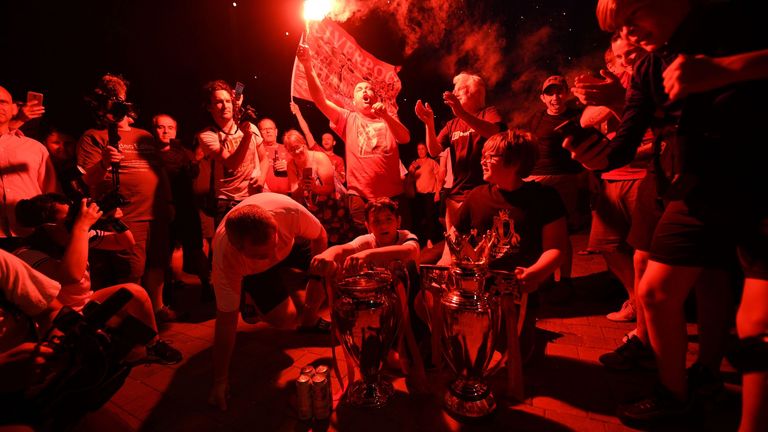 A video posted by midfielder Alex-Oxlade Chamberlain which was then shared by BT Sport showed the players waiting in anticipation as Willian stepped up to take Chelsea’s match-winning penalty.

His goal and the red card shown to Fernandinho basically sealed City’s fate, prompting wild celebrations from the players. 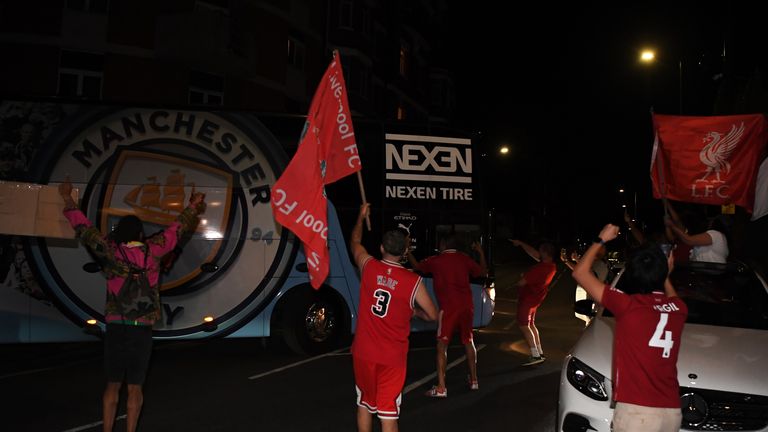 The footage showed a number of players including Chamberlain, Roberto Firmino, Alisson and Virgil van Dijk embracing each other and screaming as they claimed the Holy Grail.

The Liverpool squad go wild as Willian scores the penalty that secures their first league title in three decades. pic.twitter.com/FujgSX3ZhR

Another video showed the players dancing in a clear space as they partied throughout the night.