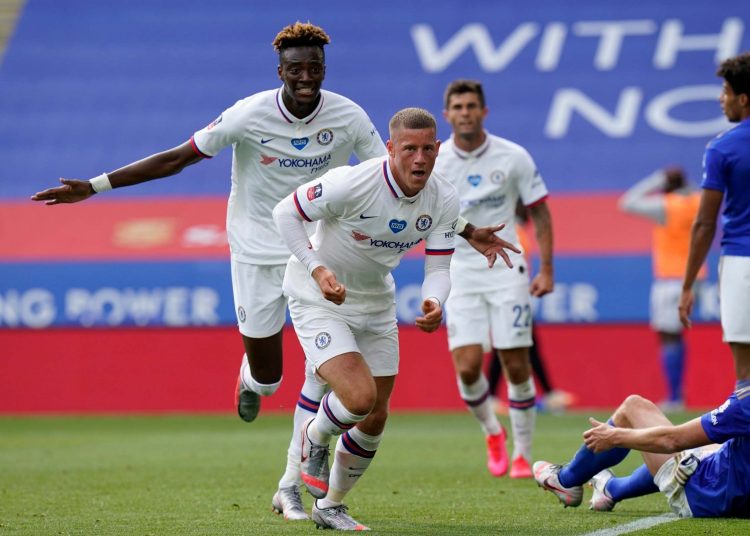 Ross Barkley came off the bench to send Chelsea into the FA Cup semi-finals as Frank Lampard’s half-time changes transformed the quarter-final tie at Leicester City.

The Foxes held sway in the first 45 minutes at the King Power Stadium, although it took a flying save from Leicester keeper Kasper Schmeichel to keep out Christian Pulisic’s powerful drive.

Lampard’s discontent could be heard echoing around the virtually deserted arena – and he acted by introducing Barkley, Mateo Kovacic and Cesar Azpilicueta at the interval for Reece James, the subdued Billy Gilmour and Mason Mount.

It had the desired effect as Chelsea improved markedly. Barkley, who was on target in the 2-0 win against Liverpool in the last round, scoring the winner after 63 minutes when he reacted to get in just ahead of Jonny Evans and sweep Willian’s clever cross past Schmeichel.

Leicester, missing the injured James Maddison, were out of sorts after the break although they applied late pressure and defender Caglar Soyuncu was frustrated late on when his header struck Azpilicueta and flew over.

Lampard and Chelsea have had an impressive re-start, winning at Aston Villa and getting a crucial three points at home to Manchester City in the Premier League. Those results kept them right on course for a top-four finish and now they are in an FA Cup semi-final at Wembley.