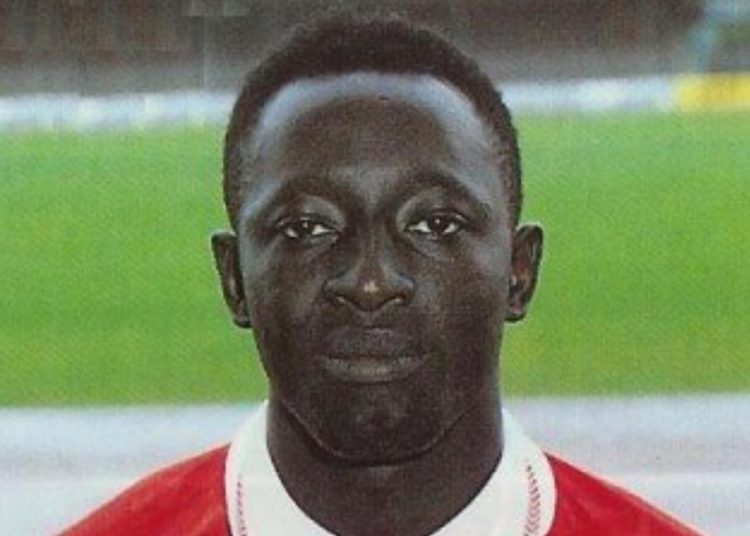 Ex-Kotoko and Black Stars striker, Prince Opoku Polley has revealed that a magical black stone which was meant to bring luck ended up terrorizing him in a league game against Accra Great Olympics.

According to him, after the magic stone got missing, he couldn’t play well as it gave him anxiety which made him wanted to be substituted from the game at a point.

In an interview with Graphic Sports, the former Kotoko striker highlighted the purpose of the stone and how he lost it in the course of the game.

“I was instructed to hurl the stone into the goal post when I got into their (Olympics) box. But with a thick wall built by Kwabena Asiedu, Amoah Tawiah and Isaac Acquaye, it was impossible to penetrate the defence and hurl the black stone which should have offered me luck to score against Olympics.

“In the course of the match I attempted to control an aerial ball but Asiedu and Acquaye crashed me in the air, causing my head to hit the ground forcefully. I was dazed in the process and lost the stone.” Polley narrated.

Polley revealed that the stone was given to him by a Kotoko fan to help the team break the deadlock but after misplacing it, he lost confidence which affected his gameplay.

“The black stone was given to me by one of the Kotoko fans purposely to throw into the Olympics goal post in the course of the match, so when it got missing I completely lost the confidence and venom to continue playing. But while contemplating on what to do, George Serebuo, who was part of the technical team, entered the field with the Kotoko masseur to treat me,” he said.

He (Serebuo) told me that I was performing creditably so I should continue to create opportunities. What he told me boosted my confidence so much.”

Despite the trauma that he was experiencing, Polley somehow managed to find the back of the net to hand Asante Kotoko the win at the Baba Yara Sports Stadium.

According to Prince Polley, the fan who gave him the mystic magical stone after the game wanted to take credit for the win.

“Ironically, in the dressing room after the match, the man who gave me the stone wanted to take credit for the goal as he told me that without the stone, Kotoko could not have won the match.

“It was at this time that I told him that the stone he gave me got missing when I fell down, throwing the entire dressing room into uncontrollable laughter,” he added.