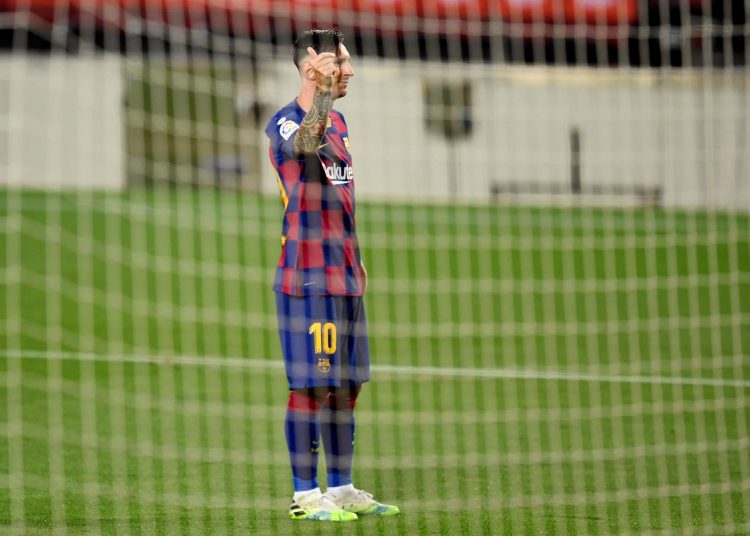 Lionel Messi scored the 700th goal of his very illustrious career on Tuesday, netting from the penalty spot as Barcelona drew with Atletico Madrid.

The Barcelona star is the only active player, along with Juventus forward Cristiano Ronaldo to have scored 700 career goals.

Ronaldo reached that milestone in October 2019, with Messi being projected to join him earlier this year prior to the break caused by the coronavirus pandemic.

However, he has finally managed to seal the milestone.

Below is a breakdown of Messi’s stunning scoring stats.

Who has he scored for?

Messi has only ever played senior football for one club, Barcelona.

He has scored an astonishing 630 goals in 724 matches for the Catalan club and has also chipped in with 273 assists.

Messi has found the net 70 times for his national side, Argentina, and made 48 more for his teammates. 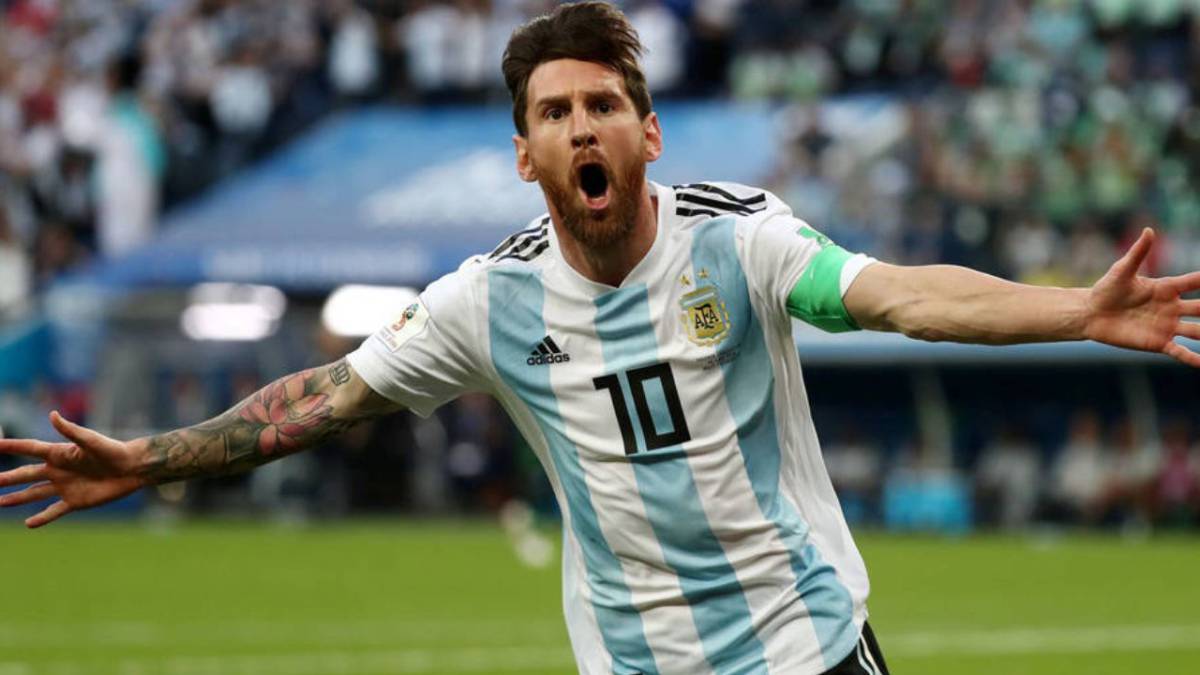 Who has he scored against the most?

Messi’s 37 goals against Sevilla are the most he’s scored against a single opponent.

Atletico Madrid follow behind on 32, while Valencia and Real Madrid have conceded 28 and 26 goals respectively.

The nine goals the Argentine has scored against Premier League, Arsenal are the most he has found the net against a team outside Spain.

What has he scored in the most?

Messi has found the back of the net 441 times in La Liga.

His next most-prolific competition is the UEFA Champions League where Messi has scored 114 times. 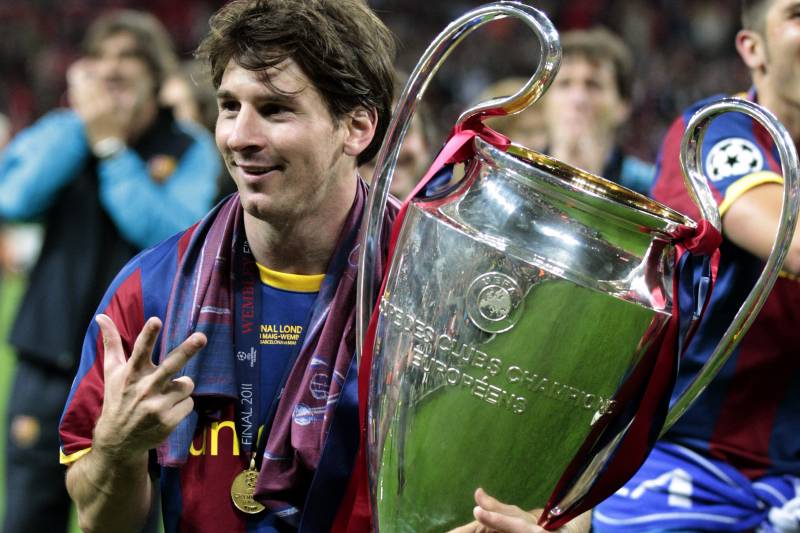 What types of goals does he score?

Messi has scored a variety of goals over his career. Bring primarily left-footed, most of his goals – 583 – have been with that peg.

He, has, however, managed 91 goals with his right leg as well. The diminutive forward might not be the best in the air but he’s scored 24 times with his head.

The remaining two have been with his chest and very infamously, his hand.

Very adept at free-kicks, Messi has scored 52 of them and found the net from 90 penalties, including last night’s effort against Atletico. 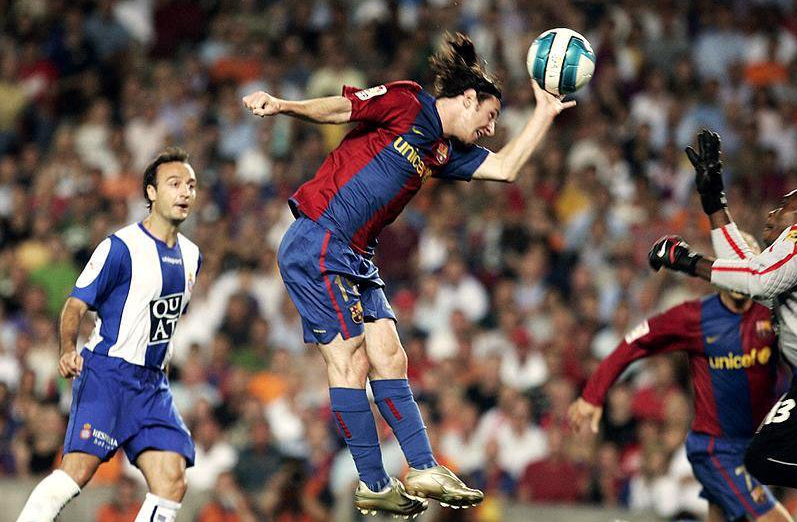 Messi has won a number of top scorer awards throughout his career. Six of them have been in La Liga which earned him the European Golden Shoe in each of those seasons as well.

He has won six scoring awards in the UEFA Champions League as well. 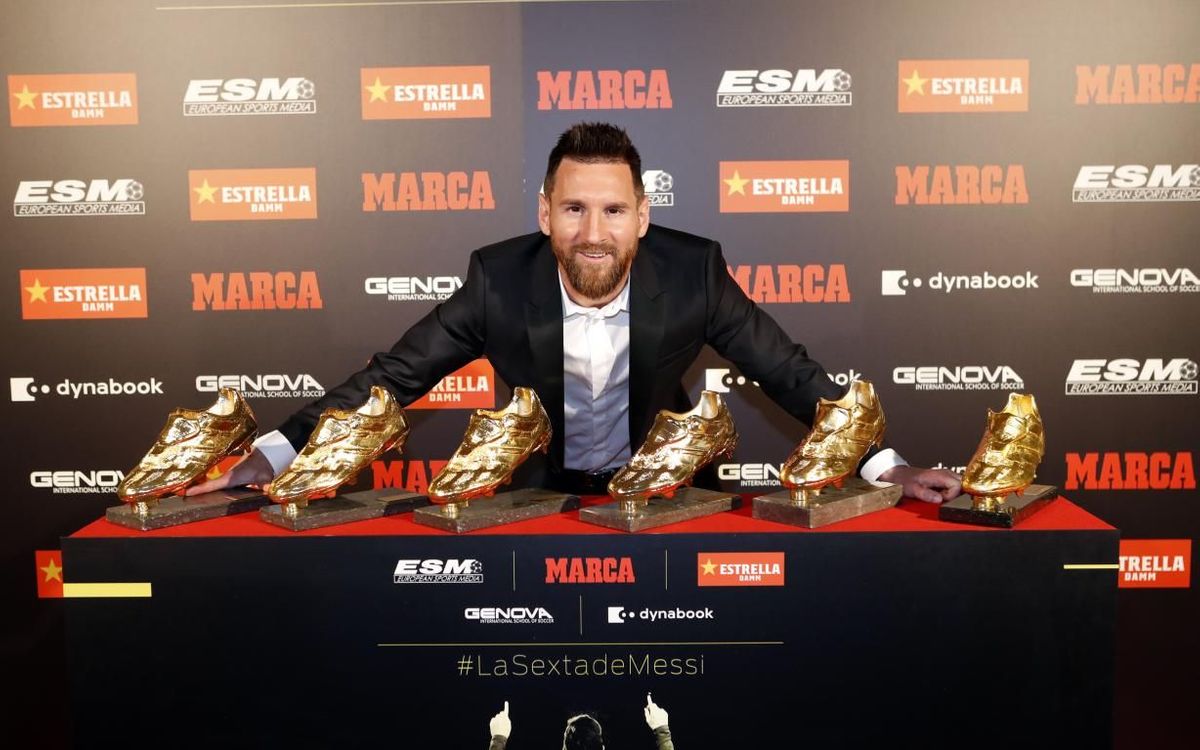 He is also the all-time scorer for Argentina, Barcelona and La Liga. 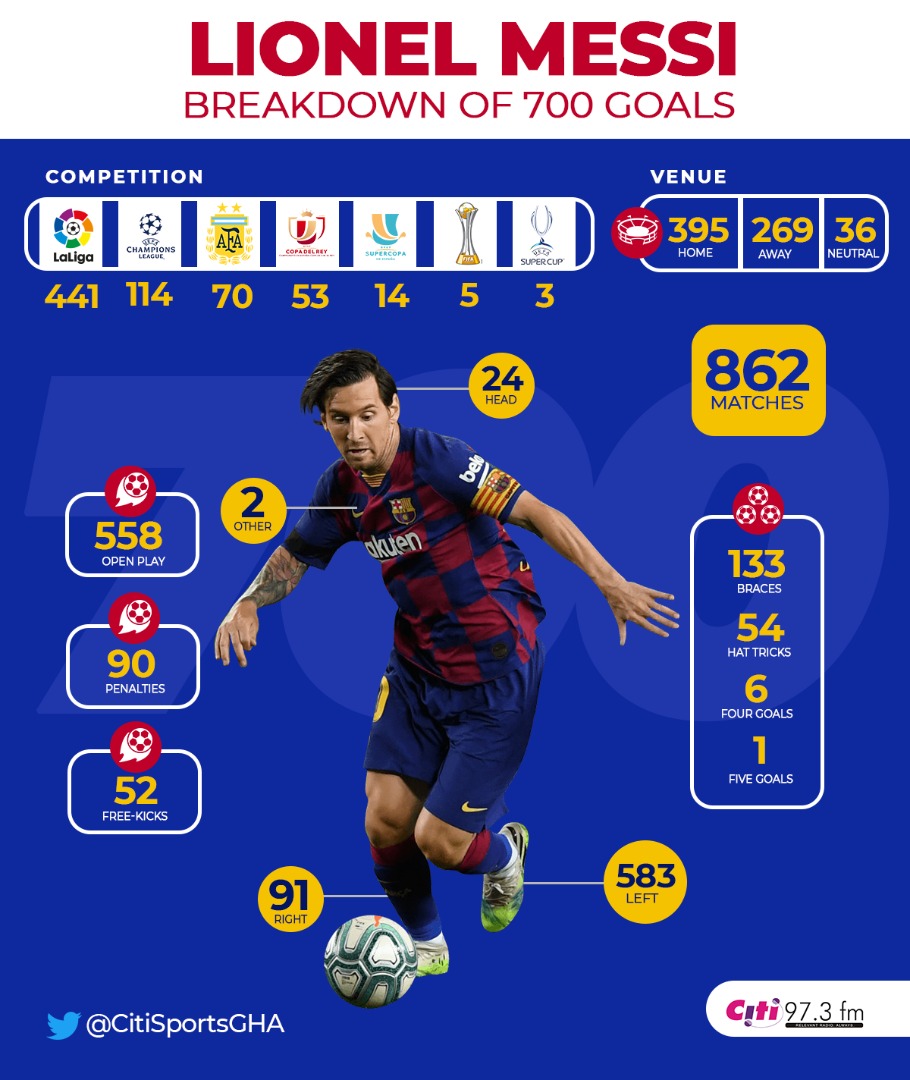