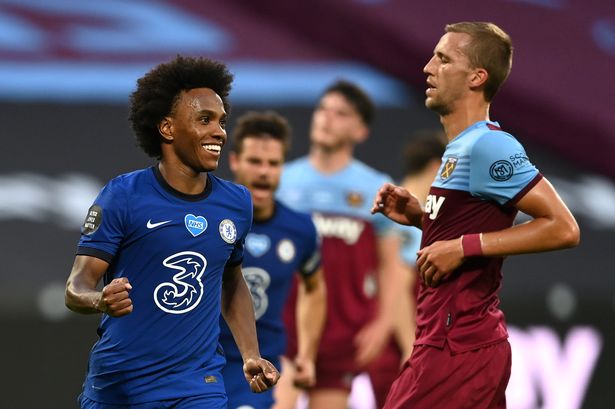 Chelsea winger, Willian became the first player to score a Premier League goal in every calendar month on Wednesday.

The Brazilian found the net twice in the Blues’ 3-2 loss at London rivals West Ham.

Willian found the net before the half-time break, converting from the spot after Christian Pulisic was brought down in the box.

That goal meant that he has now found the net for the Blues in every month on the calendar. 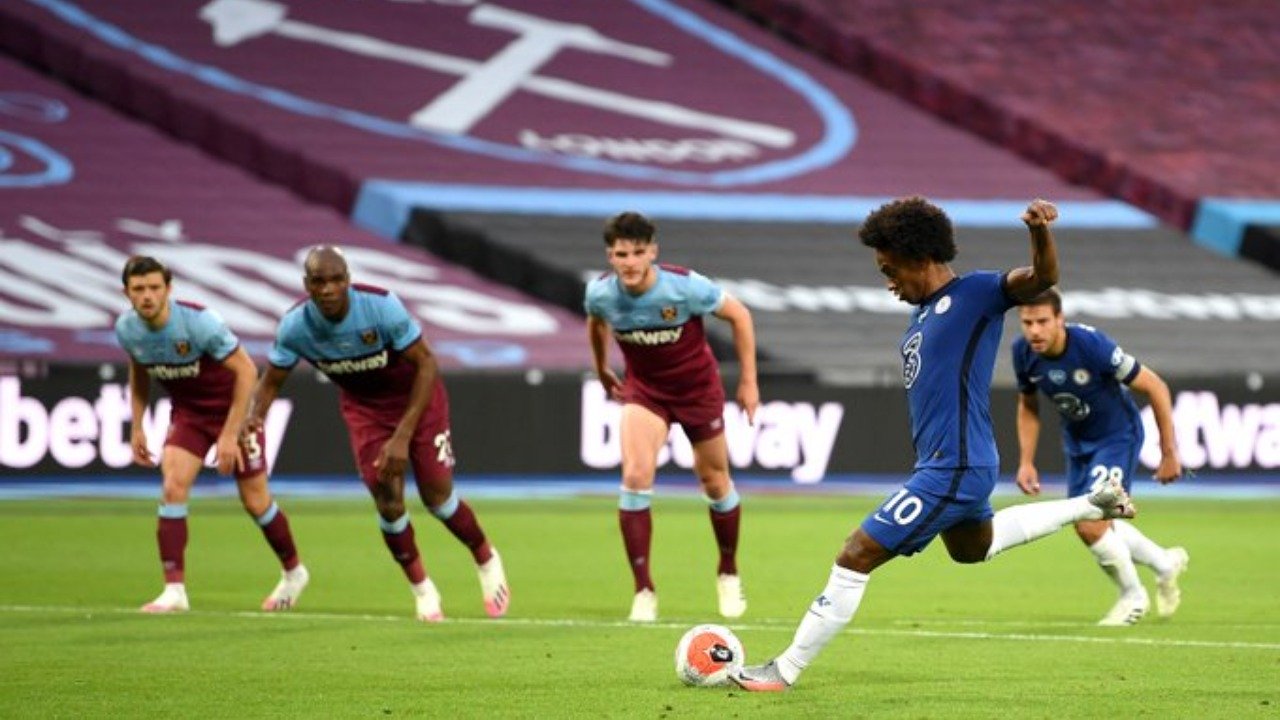 This record was made possible due to the extension of the current campaign beyond the usual completion month of May following the coronavirus pandemic.

His first goal for Chelsea in the Premier League came in October 2013 in a 3-1 win at Norwich City.

He then scored against Southampton in January 2014 before scoring again that year in April against Stoke City.

The following season, Willian scored in September in a 3-0 win against Aston Villa before finding the winner against Everton in February 2015. 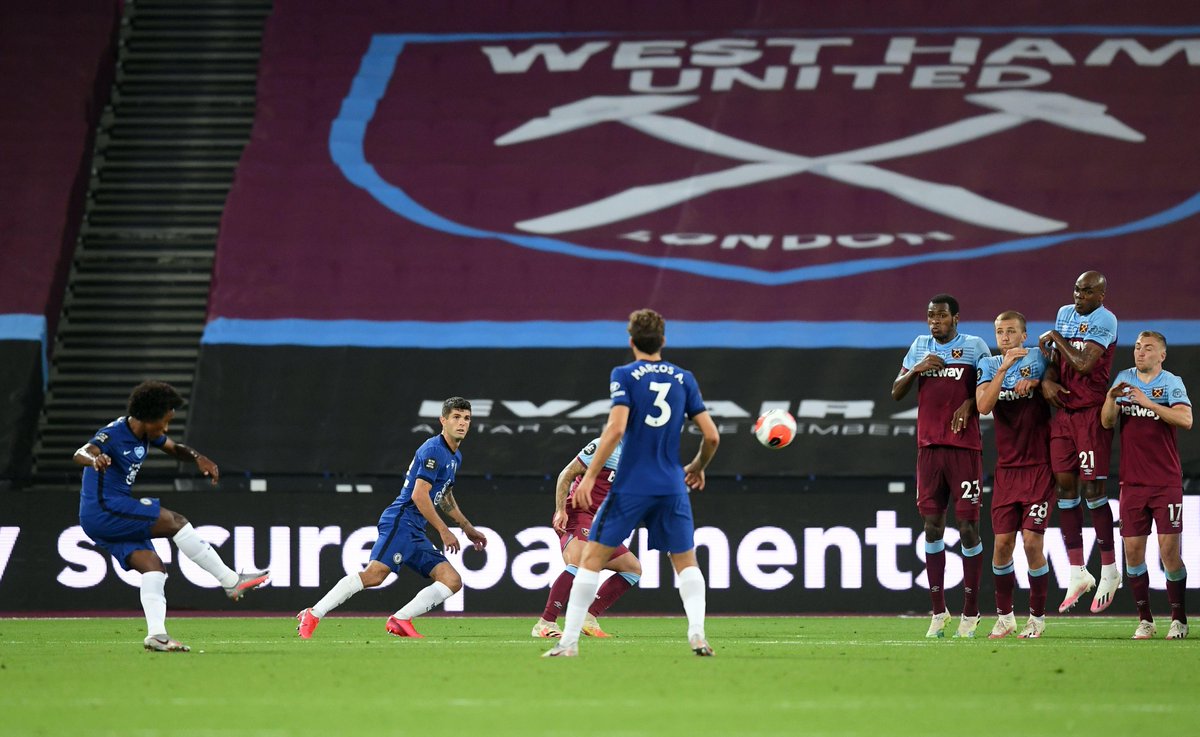 The next time Willian found the net in a new month was in August 2016, against Burnley, prior to scoring in Chelsea’s 3-1 win over Man City that December.

Willian’s equaliser for Chelsea in the1-1 draw at Liverpool in 2017 was the first time he had scored in November.

He scored another freekick on Wednesday night but Chelsea eventually succumbed to a very shocking defeat.

Willian is the first player to score a direct free-kick and a penalty in the same #PL match since Cesc Fabregas for Chelsea 🆚 West Ham back in March 2016#WHUCHE pic.twitter.com/oHAMK8CVs7

With his two strikes, Willian also became the first player to score a direct free-kick and a penalty in the same Premier League game since Cesc Fabregas did so for Chelsea against West Ham in March 2016.