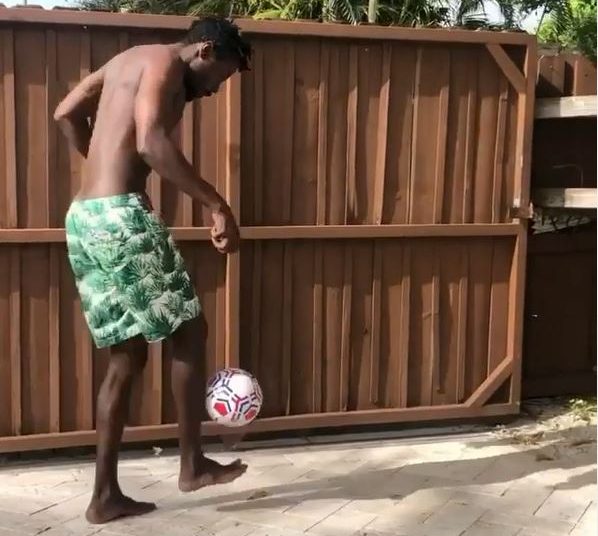 Kwaw Kese is seen making a total of 75 juggles in 30 seconds shows he is not just a talented musician but also good with the ball.

Kwaw Kese is well known for his hit album ‘Abodam’ in 2007, for which he won five awards at the 2008 edition of the Ghana Music Awards.

The artiste is also known for hit songs like ‘Dondo’ which was released in 2019, ‘Swedru Agona’ in 2015 among many other hit songs that got fans jamming.

Rapper Kwaw Kese shows off his hidden talent. Rate his juggling skills over 10.