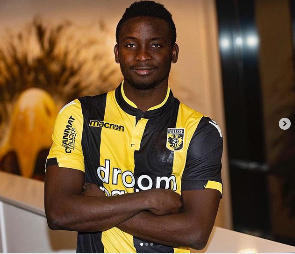 Mohammed  joined the Danish club on a season-long loan at the start of the season and was expected to end his loan spell on June 30.

But the induced coronavirus pandemic football break which delayed the completion of the season in June will see him remain at the club till the ending of July.

The 22 year old striker has impressed the Danish side since joining at the beginning of this season.

The former Asante Kotoko striker has scored four goals and made one assist in 21 appearances for the club.