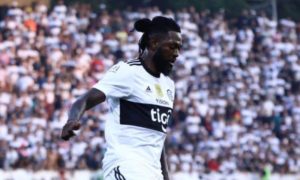 On Tuesday, Olimpia announced that the former Arsenal striker’s relationship with the club has come to an abrupt end.

The club explained that the economic situation in Paraguay, as well as health fears due to the COVID-19 pandemic in Adebayor’s attempt to return for club duties from his homeland Togo, informed the decision.

The 2008 African Footballer of the Year, who has been forced to leave just five months into his contract, in turn, has penned a goodbye letter to Olimpia. It reads:

SEA, Due to the pandemic; the Club and I had to make some tough decisions. We have come to a mutual agreement to…

Emmanuel Adebayor, 36, joined Olimpia in February but managed only four appearances, including one in which he was sent off before the season was suspended due to the COVID-19 outbreak.