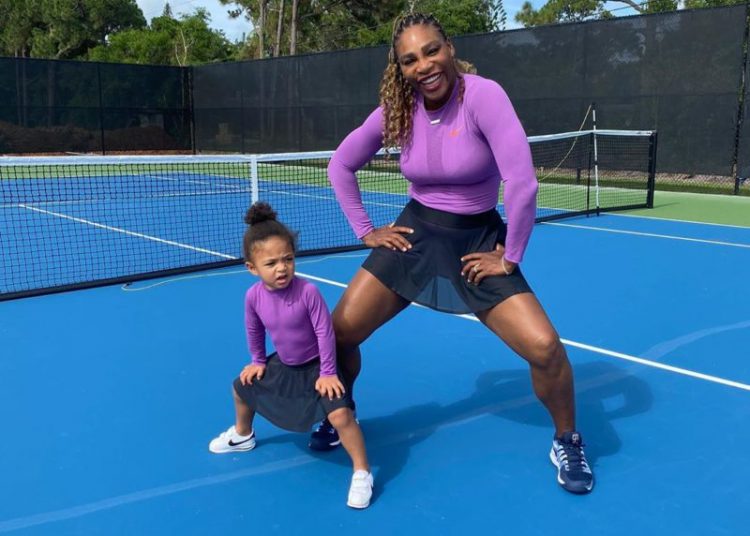 The world is locked down amid the coronavirus crisis, and athletes are seldom getting enough practice. Grounds are closed and most players aren’t going out for training. But Serena Williams doesn’t seem to like sitting idle at her home. She has hit the court, practicing for the upcoming season. And guess what, she is not alone. Serena has got an adorable partner who loves to play tennis with her.

The former world number one posted a series of photographs on Instagram. In these images, she is seen practicing with her daughter Alexis Olympia Ohanian, Jr. The mother-daughter duo was wearing matching outfits with Nike shoes, purple bodysuits, and each of them held a Wilson racquet. Alexis was also seen mimicking her mother’s stance on the court.

Caption this (MUST SWIPE RIGHT)

Apart from the photographs, Williams also uploaded a video of her and Alexis high-fiving, which seems to be at the end of the practice session. Serena asked her followers to give a properly suited caption for those pictures.

Within moments, fans started showering love on the photos and came up with captions describing how adorable the couple looked. Out of all these comments, one person stole the show and it was none other than Serena’s sister, Venus Williams. She wrote, “I just love her and you too much! If this gets any cuter I will NOT LIVE!”.

We had no option than to cancel GHPL season - Fred Acheampong