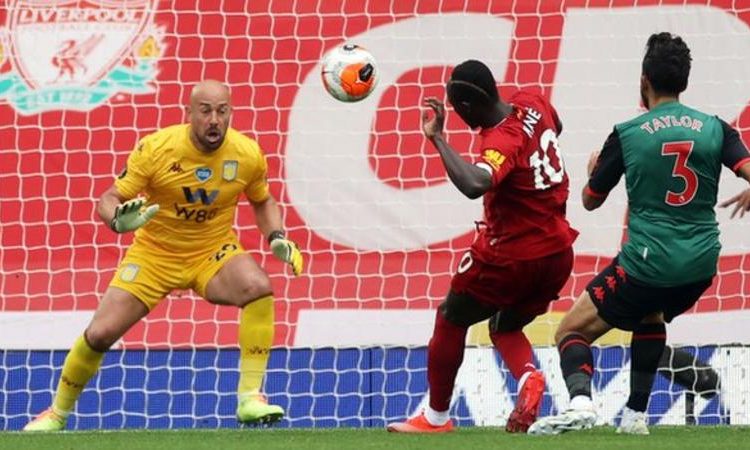 Liverpool returned to winning ways in their first home game since becoming Premier League champions, scoring twice in the second half to see off a stubborn Aston Villa.

The Reds, who were beaten by Manchester City 4-0 on Thursday, were far from their best with the opening goal coming from just their second shot on target, Mane lashing Naby Keita’s cross in via the underside of the crossbar.

Until then Villa had looked like earning a precious and unexpected point and had even had chances to go ahead themselves, with Alisson parrying away Anwar El Ghazi’s fierce shot early in the second half.

The victory means Liverpool have now won all 17 Premier League games at Anfield this season and extends their winning run at home to 24 league games, stretching back to a 1-1 draw with Leicester in January 2019.

Defeat for Villa means they remain in the relegation zone in 18th, one point adrift of safety and still searching for their first win since the Premier League was restarted.

Liverpool now have 89 points from 33 games and can still break Manchester City’s top-flight record of 100 points in a season with five matches remaining and 15 points available.