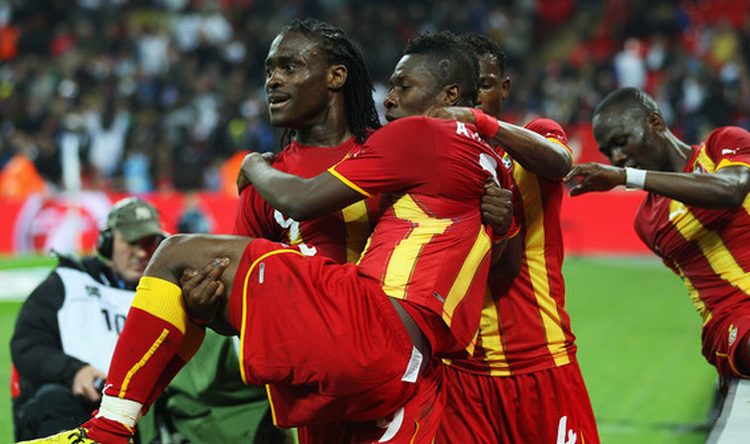 Ex-Black Stars midfielder, Derek Boateng says the criticism thrown at Asamoah Gyan for the penalty miss against Uruguay at the 2010 FIFA World Cup is unwarranted.

After Luis Suarez handled on the line in the dying embers of the quarter final clash in Johannesburg, Ghana were awarded a penalty.

However, Gyan missed the spot kick that would’ve made the Black Stars of Ghana the first African country to make it to the semifinals of the FIFA World Cup.

According to Derek Boateng in an interview on Joy FM, criticism of Gyan is unwarranted.

“I don’t know why Ghanaians or a lot of people criticize Asamoah for missing that penalty. If we win that game, do you guys have an idea of the amount of money we will make? Why will Asamoah go and miss that penalty?

Derek Boateng further defended Asamoah Gyan for electing himself to take the spot-kick, saying he was the right person to take the kick.

“People who understand football will not blame Asamoah or criticize him or say any bad things against him. Because, he did what he was supposed to do and after the game; the ninety minutes and the extra time, he stood up and played the first one to show Ghanaians and everybody that he knows how to play and he’s the right person to play. All the camp we know that he’s the right person to play”.