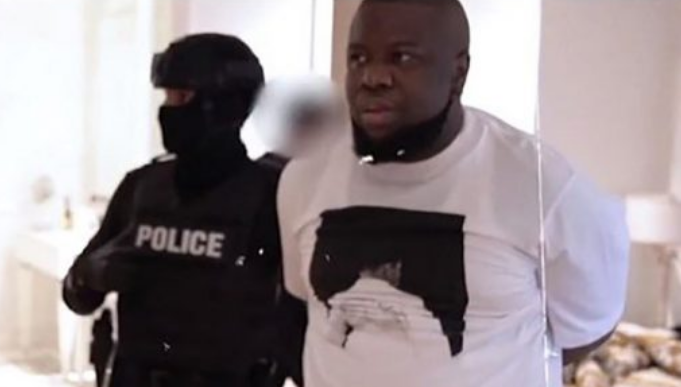 The scam was carried out when the Italian giant was supposed to make a payment for the Dutch international to his former club in 2018. The Serie A club had been paying for the Holland player in installment since his arrival in 2014 and had one more to make that year.

Lazio only found out after being informed by the Eredivisie club that they did not receive the transfer payment. The police looked into the incident and the money was traced to a Dutch bank used by the perpetrators. However, the issue has since been resolved.

In an operation known as Fox Hunt 2, Mr Abbas was arrested recently in Dubai, the United Arab Emirates (UAE) on an alleged $431 million cyber scam, and has since been extradited to the US where he will face trial.

The Nigerian-born Ray Hushpuppi was accused of targeting victims overseas by creating fake websites for well-known companies and banks in a bid to steal victims’ credit card information and then launder the stolen money, the Dubai police spokesperson Mr Jamal al-Jalaf said.

Investigators said Mr Abbas, 37, who passed himself off as a wealthy real estate developer, flaunted his collections of luxury cars, shoes, watches, and other goods to help “lure victims from all over the world,”.

The FBI and Interpol raided his Dubai apartment as he slept and seized more than £30 million or $37 million in cash.

The trial began on Friday, July 3, 2020, in a United States court and if convicted, the alleged internet fraudster could face a sentence of up to 20 years in jail.

Back home, the Economic and Financial Crimes Commission (EFCC) said it would also go after Hushpuppi.