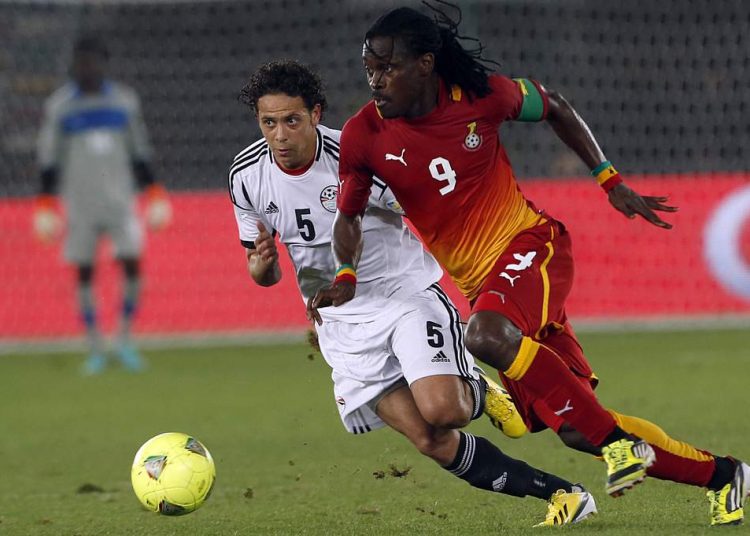 Ex-Black Stars midfielder, Derek Boateng has revealed that some of the Black Stars players use black magic, also known as ‘juju’ to help them play football.

Ghana football has been plagued with the thought that using ‘juju’ aids in the winning of games and enhances performance.

Last season, fans were left bemused after Aduana Stars and Asante Kotoko completed the first 45 minutes of their Ghana Premier League encounter with 10 players each, with each team refusing to send in the 11th player first for fear of losing the game.

Many reports have indicated that some Black Stars players use ‘juju’, a claim Boateng has now confirmed to be true.

“Yes, I had teammates who used juju to play. I have seen a lot of things and they are really bad. Sometimes some of the Black Stars players you cannot even go to their rooms because of the kind of smell that is there. I believe every player has what they believe in which will help them play very well”.

According to the 37-year-old, some of the players used the ‘juju’ to cause the downfall of some of the team members so they get into the starting lineup.

“An example is the AFCON 2013 tournament in South Africa. After the tournament, a lot of things went bad for us, we couldn’t meet our target. So after everything, we had a meeting with the coach and everyone aired their views but I was silent because I knew the kind of things (black magic) some of the players were doing.

So I sat down and said nothing because it wasn’t going to change anything. At this point, Asamoah Gyan noticed it and asked why I was not saying anything and I told him the players have already said everything so there was nothing to add but the coach also insisted I say something since I was part of the senior players in the squad.

This was prior to our game against Mali in the 3rd and 4th placement game. So I stood up and addressed the team saying we are all here to defend Ghana, whoever that is here should do anything within their reach to make the team win the game but don’t do anything to destroy any player so you can get to be in the starting lineup.

Derek added that he is a Christian and as such he has his personal routine before the start of every game.

“When we go to the dressing room, I have my bible with me, I have shirts that have the inscription of Jesus under my jersey, I recite Psalm 23 thrice then I go on my knees and pray before we go to the field. I also pray when I get to the pitch.

This is because it is what I believe in. others also believe in something else. I am not complaining, they can do whatever they want and I cannot change anyone. And all this is geared towards defending the country. So when you talk about ‘juju’, yes some of my colleagues do things”.

The former Black Stars midfielder made over 40 appearances for the national team and scored just a goal.

He has played for several clubs including Panathinaikos in Greece and Getafe in Spain among other clubs.