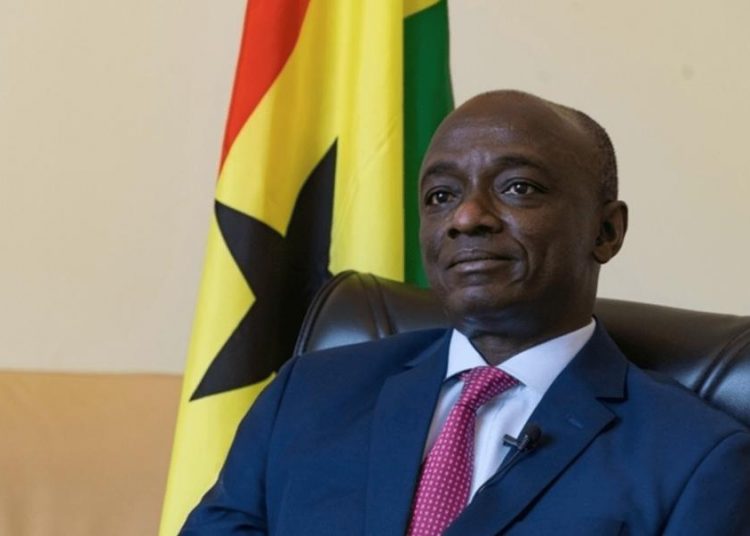 Ghana’s Ambassador to China, Edward Boateng has stated that he is in contact with the Ghana Football Association (GFA) to help secure developmental projects for the improvement of the game in the country.

China as an economic powerhouse has been involved in a number of development of football infrastructure across the globe with a significant number of European clubs benefiting from it.

In Ghana, a number of investments have been made by the Chinese as well including the building of the Cape Coast Stadium.

In an interview with ETV Sports, the Ghanaian Ambassador revealed that there were plans for Ghana to host a friendly game with China.

“We have started work on it. The last time I was in Ghana I met the new President Kurt Okraku whom I know very well and his team, and we’ve discussed some of these issues.

“One of the events we had planned earlier for the 60th anniversary was a proposed soccer match between one of the Chinese Premier teams or the national team and a team or our national team in Ghana,” he added.

“We were going to have one match in Ghana and one match in China. Unfortunately it had to be cancelled because of COVID-19. So these were some of the things we were looking at.

His Excellency Edward Boateng also revealed his office is aware of the number of players who ply their trade in China and he is in touch with them as well.

“We do have a few Ghanaian players in the Chinese league, unfortunately we don’t have our A’ stars here but if you know Asamoah Gyan came to play in China. I’ve met a few of the players”.

From Ghana to the world: Thomas Partey has Europe's best dribble success rate