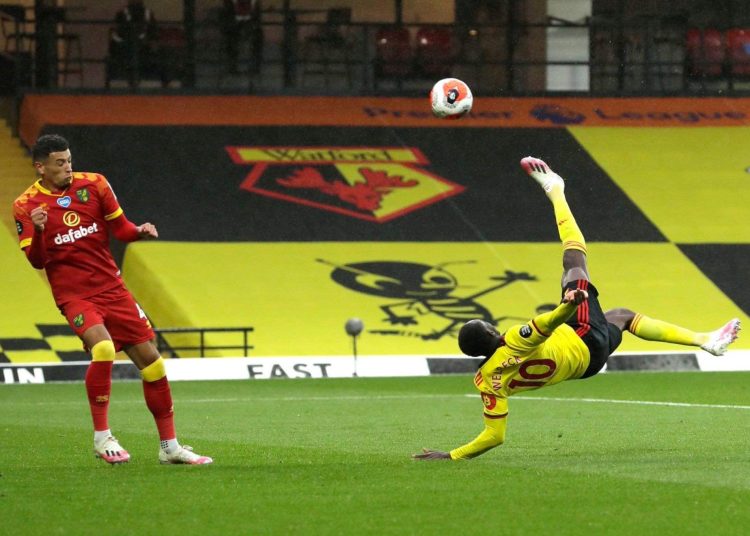 Danny Welbeck may have just saved Watford from being relegated from the Premier League, and what a way to do it.

Facing Norwich in a relegation six-pointer, Watford desperately needed the win to put some space between themselves and the bottom three.

Emiliano Buendia’s great effort had put Norwich, who now face relegation on Saturday, in front in the fourth minute.

However, Craig Dawson levelled for Watford with a header six minutes later with the scores remaining level until half-time. 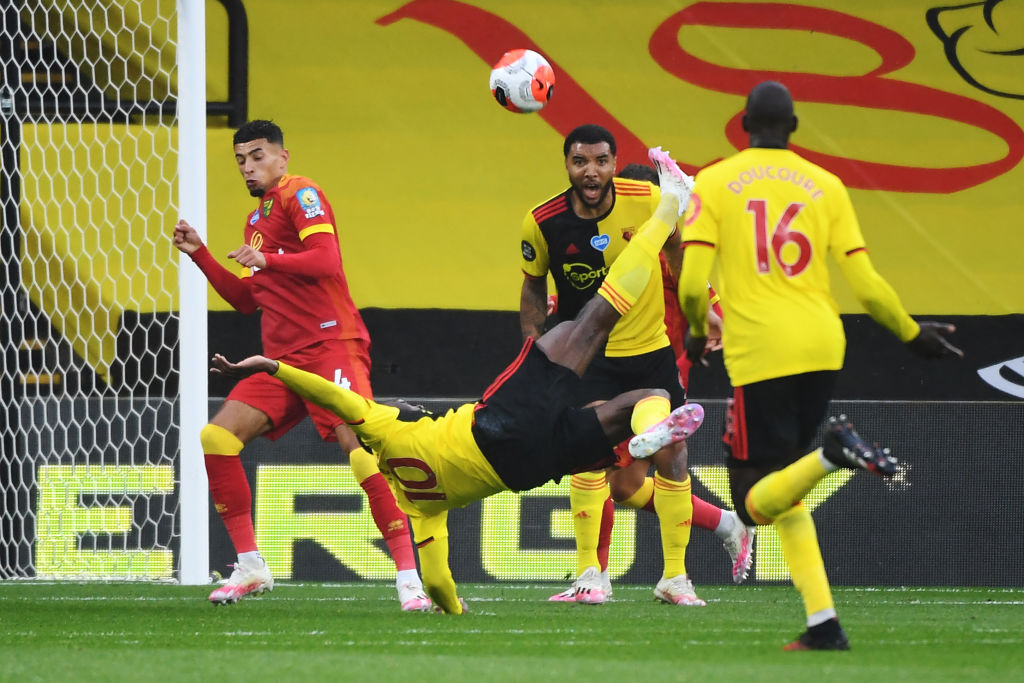 In the second half, up stepped former Man Utd and Arsenal striker Danny Welbeck, literally, to fire home the winner for Watford.

Ismaila Sarr’s cross was deflected into the air and Welbeck, who had not scored a Premier League goal for Watford before this, fired it into the top corner with an overhead kick.

His teammates were as stunned as he was and on social media, the reaction was similar.

Watford are now four points clear of the relegation zone with the win.

So underrated. Been a goat from his time at United and Arsenal

Definitely goal of the season 🔥🔥

Poor Norwich.. Even Welbeck is scoring worldies against them ! 😄