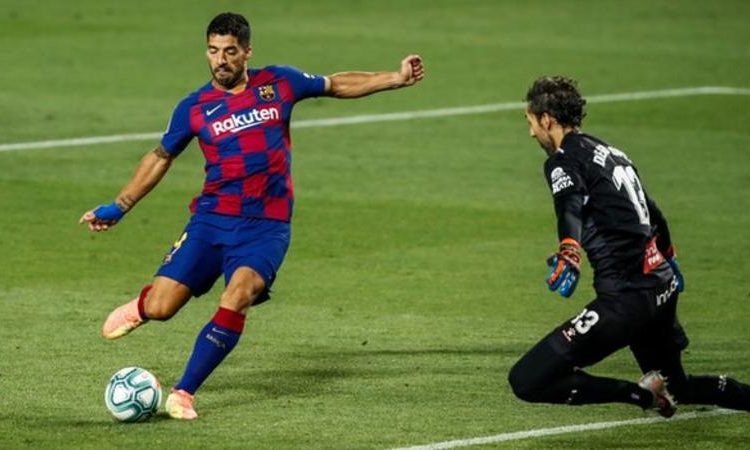 Barcelona kept alive their hopes of winning La Liga with a victory over Espanyol at the Nou Camp that also relegated the visitors.

Both sides had a player sent off early in the second half after video assistant referee reviews.

Barcelona youngster Ansu Fati was dismissed for a foul on Fernando Calero before Pol Lozano was red carded for a dangerous tackle.

Luis Suarez then smashed home a loose ball to secure the three points.

The win means Barcelona are a point behind leaders Real Madrid.

Real could restore their four-point advantage when they host Alaves on Friday.

Suarez’s goal meant he became Barcelona’s outright third-highest scorer as he took his tally for the club to 195 goals.

They are bottom of the table on 24 points, 11 adrift of safety with just three games remaining.