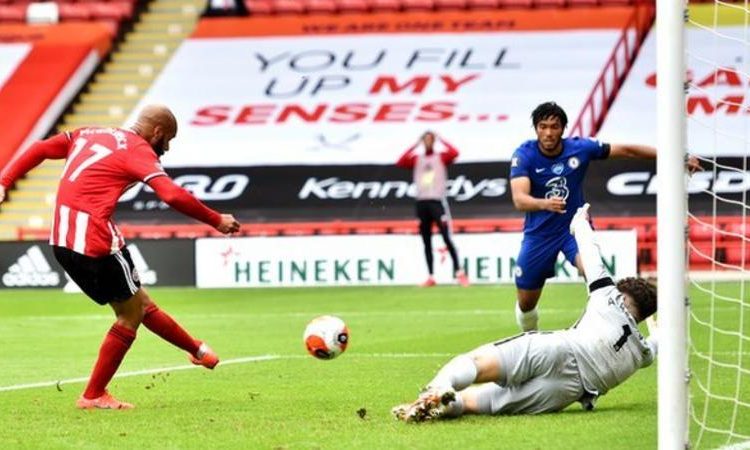 Sheffield United continued their push for European qualification as they moved into the Premier League’s top six with a convincing win over in-form Chelsea at Bramall Lane.

Chelsea’s defence was shaky throughout and they were ruthlessly punished just 15 minutes later when Enda Stevens crossed and McBurnie was left completely unmarked in the six-yard box to power home a simple header.

The damage was completed when McGoldrick capitalised on a dreadful defensive mix-up to plunder his second late in the second half.

The visitors had scored the most number of away goals in the Premier League before this match, including three at Crystal Palace in midweek, but never looked like adding to their tally.

Manager Chris Wilder has drawn many plaudits this season for Sheffield United’s organisation and team ethic, their desire to keep the ball out of their net a telling contrast to the fragility of their illustrious visitors.

If Leicester City and Manchester United win their games in hand against Bournemouth and Southampton respectively, Champions League-chasing Chelsea, currently third, could find themselves in fifth when next in action against Norwich on Tuesday.