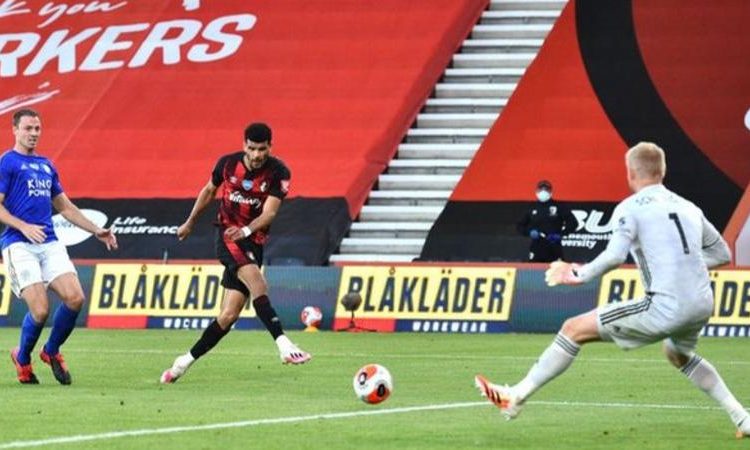 Bournemouth came from behind to thrash 10-man Leicester City and boost their hopes of avoiding relegation from the Premier League.

In a calamitous two minutes, the Foxes threw away a 1-0 lead as Junior Stanislas scored from the spot, Dominic Solanke put the hosts in front and Caglar Soyuncu was sent off.

Jamie Vardy had put the visitors ahead with his 23rd goal of the season and Leicester looked in control.

But Kasper Schmeichel blasted a goal kick at team-mate Wilfred Ndidi, who then brought Wilson down in the box and Stanislas converted.

Moments later, Solanke fired the hosts in front and Leicester found themselves a man down after Soyuncu’s reaction.

A shot from Stanislas found the net via a big deflection off Jonny Evans and Solanke scored his second to give the Cherries their first win in 10 games.

It keeps Bournemouth three points from safety, after wins for West Ham and Watford on Saturday, while Leicester remain fourth.