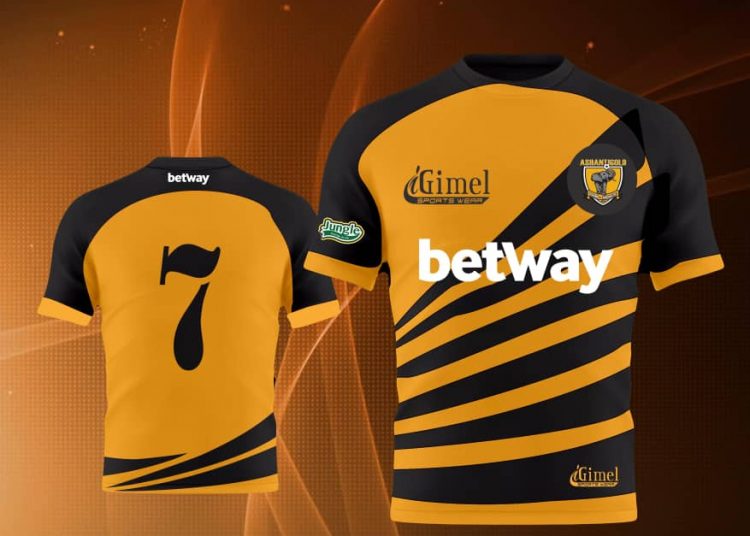 Ghana Premier League side, Ashantigold SC has confirmed they have signed a sponsorship deal with U.K-based kit manufacturing company iGimel Sportswear and unveiled their 2020/2021 home kit.

⚫️ We announce iGimel Sportswear as our official kits sponsor.

The Obuasi-based club has been without a kit sponsor for months after their contract with Pokoo sportswear was annulled. The club terminated its contract with the previous kit sponsors after they failed to fulfil their part of the agreement.

The four-time Ghana Premier League champions in a social media post revealed the partnership and simultaneously unveiled their next season’s home kit.

Ashgold Chief Executive, Emmanuel Frimpong last week on Oyerapa FM said the new kit sponsor would pay the Miners $150,000 should they progress to the semifinals of the CAF Confederation Cup next season and a further $200,000 when they make it to the finals.

Ashgold and Kumasi Asante Kotoko were announced by the GFA as the representatives of Ghana in the CAF Confederation Cup and Champions League competitions respectively after the cancellation of the 2019/2020 Ghana Premier League season due to COVID-19.