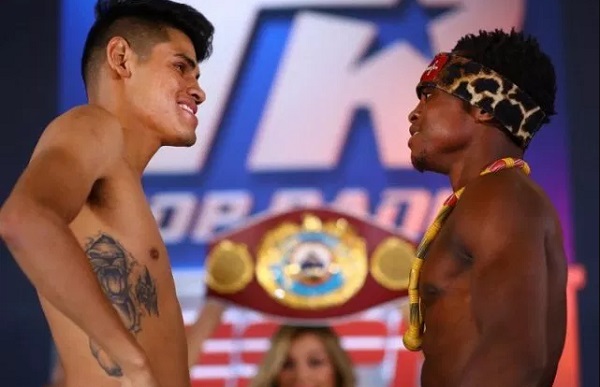 Losing a world title after just eight months is enough motivation to want to regain it almost immediately.

For Ghana’s Isaac Dogboe, it meant activating a rematch clause in the contract, after losing his WBO super bantamweight title to Mexican Emmanuel Navarette back in December 2018.

Although most pundits questioned the decision at the time, the Ghanaian and his team still went ahead to fight.

The result? Another defeat, which was a much bigger blow to his reputation as a top boxer.

However, the former champion has defended his decision to opt for the rematch and says he has no regrets whatsoever with taking that decision.

“Let me tell you this. People will always say if. If I had lost or whatever. But what if I had won? You see the different picture?

Sometimes it’s good to make educated guesses and things like that, but you also want to take the risks,” he told godfred.substack.com.

“My whole philosophy has been to overcome adversity. So when someone puts you down, you want to go back and regain your place.

“It didn’t happen the way we wanted and he got the better of me.

In terms of the decision making, that was up to me and my team. I am a fighter and my job is to fight.

“The business side of things is handled by other people but let me say this. I have no regrets. If I had won it would have been something different, but I make no excuses. I believe in taking risks and whatever comes out of that we embrace it”.

Dogboe will make his return to the ring, for the first time since the Navarette defeat, against Chris Avalos on July 21.