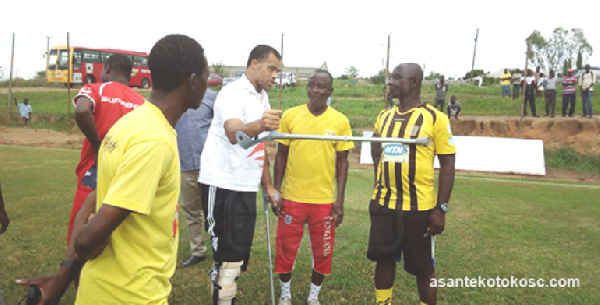 Ex-Asante Kotoko coach Steve Polack, has lamented the club’s lack of compassion towards its employees, three years after the deadly accident in the Accra-Kumasi highway that claimed the life of the team’s deputy equipment manager, Thomas Obeng and injuring scores of players and officials of the club.

The club’s bus rammed into a stationary vehicle on the Nkawkaw dual carriage road on its way to Kumasi following a Ghana Premier League encounter against Inter Allies on July 12, 2017.

Three years on, members of the Kotoko squad at the time, including goalkeeper, George Amoako, have complained about the club’s refusal to compensate the players for the trauma.

Polack, head coach at the time, has added his voice to the complaints, and says the club’s management is only reluctant to compensate the staff involved in the accident because the managers were not directly involved.

”You are an employee and you are working for an employer, you expect them (employer) to take care of you whatever that happens to you during your contract or how long you’ve been working there so we are expecting them(Asante Kotoko) to do that.

”Let’s be honest, they are adult, they should know these things; If the tables turn around and it happens to them, how will they feel, three years later and we still haven’t been compensated, what if it’s them that were in the accident, don’t you think they would have already got their compensation?.

”So always you need to put yourself in other people’s shoes and feel it too, Kotoko needs to compensate us (accident victims).”