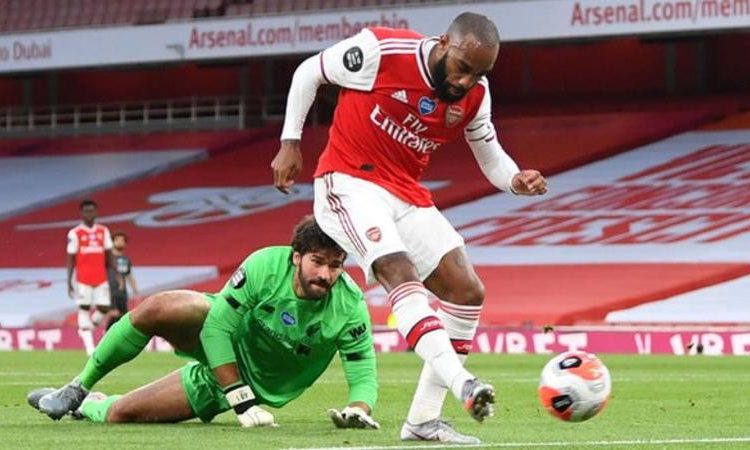 Liverpool’s hopes of setting a new points Premier League record ended when the champions suffered only their third defeat of a stellar campaign at Arsenal.

Jurgen Klopp’s side who will receive the trophy after the game with Chelsea at Anfield next week, needed to win all of their remaining games to eclipse the tally of 100 points set by then champions Manchester City two seasons ago.

And they looked on course when Sadio Mane gave Liverpool a fully deserved lead after 20 minutes as he slid home Andrew Robertson’s cross.

Arsenal were then allowed back into the game before the interval after uncharacteristic errors by two of Liverpool’s most reliable performers, Alexandre Lacazette taking advantage of a dreadful back-pass by Virgil van Dijk to equalise before goalkeeper Alisson’s poor clearance gave Reiss Nelson the opportunity to score with a composed finish.

The second half was almost an exercise in attack against defence as Liverpool laid siege to Arsenal’s goal but Mikel Arteta’s side showed real resilience and determination to close out the win and receive a real morale boost before this weekend’s FA Cup semi-final against Manchester City at Wembley.