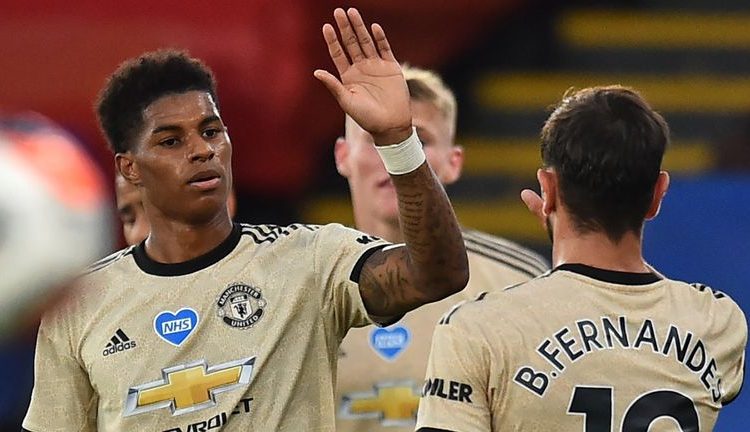 Manchester United know two more wins from their final two games will be enough for a top-four finish in the Premier League after beating Crystal Palace 2-0, with the help of VAR.

Goals from Marcus Rashford (45+1) and Anthony Martial (78) at Selhurst Park took them back level on points with fourth-placed Leicester City, who are set to play United on the final day.

However, Palace were more than a match for their opponents, forcing David de Gea into five saves, and they had a goal overturned by VAR that would have made it 1-1 when Jordan Ayew was deemed to be an inch offside when turning home Wilfried Zaha’s cross.