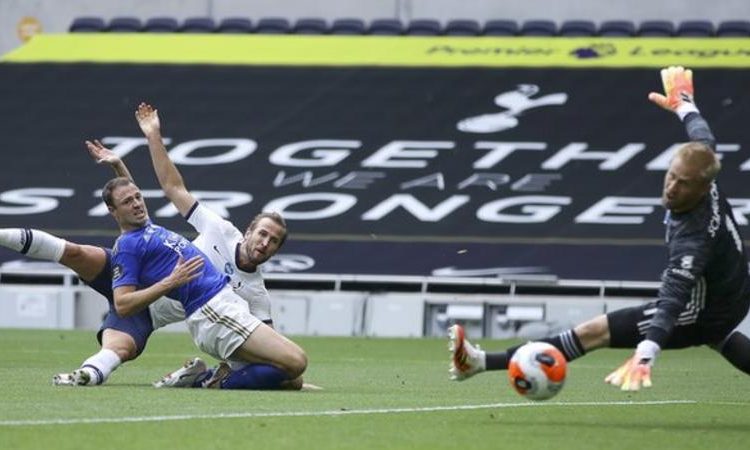 Tottenham boosted their chances of Europa League football next season and inflicted a huge blow on Leicester’s Champions League ambitions with a superb performance.

Brendan Rodgers’ Leicester side have been in the Premier League’s top four for much of the season but a devastating away defeat leaves their fate out of their own hands going into the final league game next Sunday.

The Foxes finish the season against fifth-placed Manchester United but should the Red Devils beat West Ham on Wednesday and claim a draw at the King Power, they will be assured of a top-four finish at the expense of Leicester.

Leicester did have chances but could not find a way past an inspired Hugo Lloris, who made a string of superb saves to deny Jamie Vardy, Ayoze Perez and Demarai Gray.

Jose Mourinho’s side move up to sixth in the table, two points clear of Wolves, but Nuno Espirito Santo’s side have a game in hand.