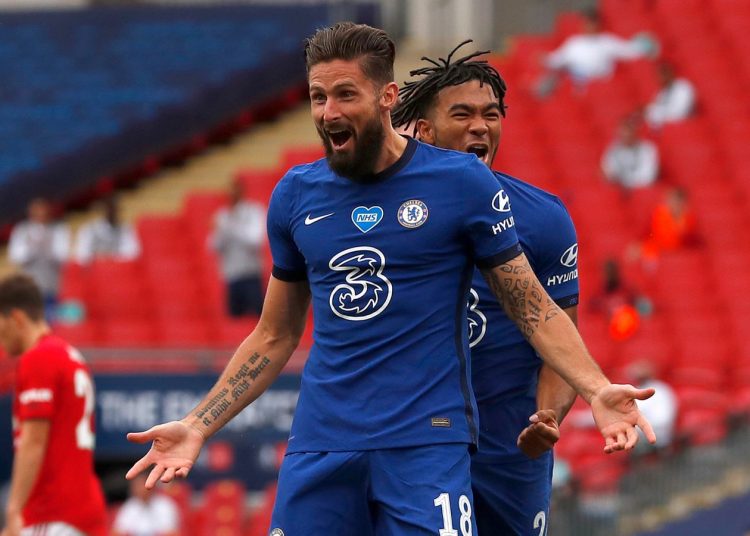 De Gea made a flimsy attempt to deal with Olivier Giroud’s flick in first-half stoppage time then weakly fumbled Mason Mount’s tame 20-yard shot into the net moments after the restart.

Chelsea’s excellent performance fully merited this victory and United’s abject misery after a dreadful performance was complete when captain Harry Maguire diverted Marcos Alonso’s cross into his own net at the near post with 16 minutes left.

Frank Lampard’s side were in complete control from first to last as they comprehensively ended Manchester United’s 19-match unbeaten run in all competitions.

Bruno Fernandes pulled a goal back from the penalty spot late on after Callum Hudson-Odoi fouled Anthony Martial but it could not even be described as a consolation as Chelsea closed out the win.