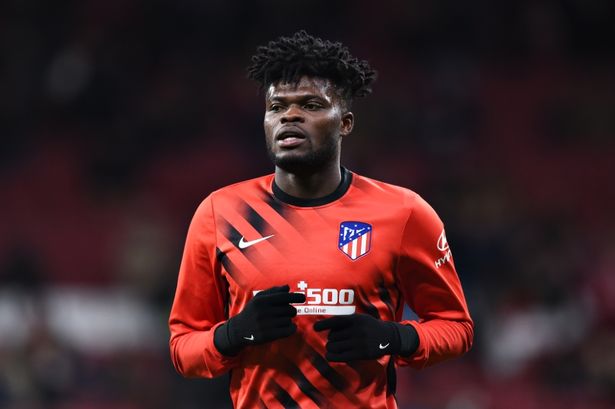 Aston Villa second team coach George Boateng is of the opinion that Manchester United will become a more versatile and formidable unit capable of contending for a league title if they add Thomas Partey to their ranks.

The Ghana and Atletico Madrid midfielder has become one of the most sought after players in the transfer window with Arsenal,Tottenham and Man United reported to have enquired about his availability.

The Gunners, however appear to be the most interested in his services with Mikel Arteta looking to strengthen his side ahead of next season.

Despite the interest from the North London side,Boateng who played for Middlesbrough and Aston Villa believes Manchester United are positioned with their current set up to take advantage of the skill set of Partey.

“If we look at Man United’s situation that is even more suitable.

“Pogba in a three man midfield is a much better player as the 8 and Fernandes operating as the 10.

“Can they have someone like Thomas Partey to control and lead the midfield to allow Pogba and Fernandes to move forward,I think Man United will start playing to win the league,” he disclosed on The Tracker on Citi TV.

Partey himself has given little away on what his future holds despite growing reports suggesting that he will renew his contract with Atletico Madrid to ward off further interest.