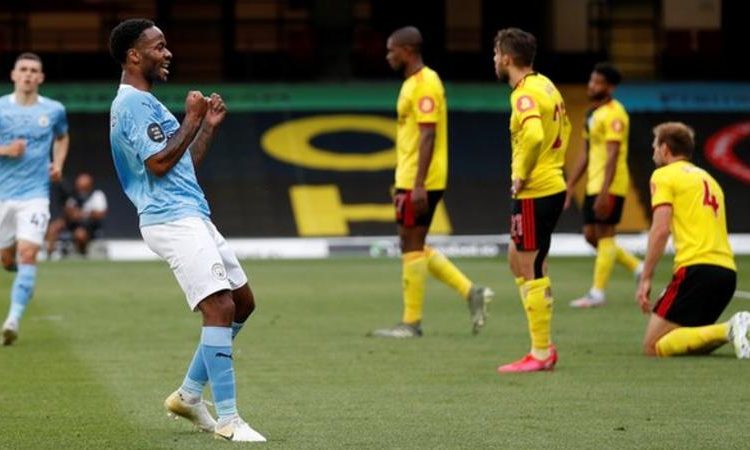 Watford failed to ease their relegation fears in the wake of Nigel Pearson’s surprise sacking as they were hammered by a Raheem Sterling-inspired Manchester City.

Pearson became the Hornets’ third managerial casualty of the campaign on Monday, leaving Under-23 coach Hayden Mullins and his assistant Graham Stack in charge for their final two games.

Sterling took the game away from the home side before half-time, firing in a rising shot to open the scoring before doubling the advantage by following up his own saved penalty – awarded for a foul on him by Will Hughes.

Phil Foden added a third after Ben Foster had parried a Sterling shot before Aymeric Laporte nodded in from Kevin de Bruyne’s free-kick.

Having won back-to-back games against Norwich and Newcastle, Watford have now lost two in a row and remain just a place and three points above the relegation zone.