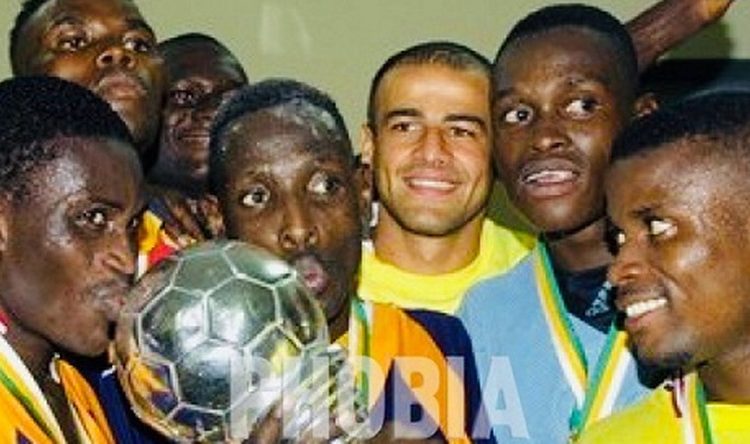 Accra Hearts of Oak’s all-conquering 2000 squad has gone down in history as the club’s greatest generation of players in history.

Led by charismatic trainer, Jones Attuquayefio, the Phobians swept everything in their path – The Ghana Premier League, Ghana FA Cup, and ultimately, the club’s first CAF Champions League title in 2000.

They played some of the most exhilarating football on the continent, with a front three of Emmanuel Osei Kuffour, Ishmael Addo and Charles Taylor notoriously fearsome.

After an impressive run in the group stages of the competition, Hearts of Oak came up against Esperance de Tunis, overpowering the Tunisians 5-2 over two legs to lift the trophy.

Credit has always been given to the coach and players, and to some extent the management of the club for the patience and foresight in building a team formidable enough to conquer Africa.

But Osei Kuffour, also known as “The General” has now revealed the role of “fasting and prayer” in helping the club create history.

Led by club captain, Amankwa Mireku, now a pastor, Kuffour said the players fasted every single day throughout the competition.

“Before the Esperance game, you won’t believe that we fasted and prayed every single day. Amankwah Mireku always led the sessions,” Kuffour, now based in the USA, said in an interview with Revolt TV.

“God always listened to us. I remember during the first leg, at half time, Esperance led 1-0. In the dressing room at half time, prayed without ceasing. We prayed so hard that some managers like Alhaji Hearts were crying like children.

“We spent all the 15 minute half time break praying until it was time to go back out,” he concluded.

Hearts of Oak won the first leg 2-1 before completing the rout in Accra with a 3-1 win to lift the club’s first Champions League title.

Who is the toughest opponent 5-time Ballon d’Or winner Cristiano Ronaldo has ever faced?