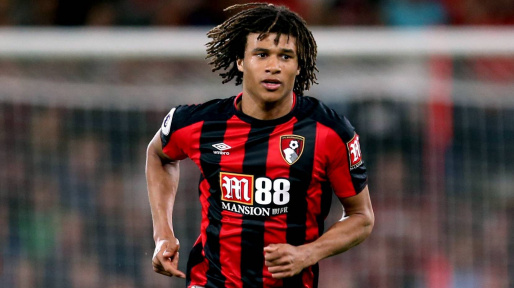 Nathan Ake is likely to leave Bournemouth and join Man City in a deal worth £35million this summer, talkSPORT understands.

The Dutch defender has been linked with Manchester United and former club Chelsea, but Pep Guardiola’s side have emerged as the front-runners for his signature.

Bournemouth are consigned to losing the 25-year-old, whose stock remains high despite the Cherries’ struggles this season.

Eddie Howe’s side need a miracle to avoid relegation to the Championship – but Ake will almost certainly be playing Premier League football next season.

talkSPORT understands that Bournemouth will accept £35m if they are relegated – and Man City will launch a bid imminently after registering their interest on Monday.

Man United and Chelsea are also in the market for a centre-back, and both clubs were heavily rumoured to be chasing Ake.

The Netherlands international left Chelsea for Bournemouth after just a handful of first-team appearances in 2017.

Reports have claimed the Blues included a £40m buy-back clause in the £20m deal, although there is confusion as to whether it has expired.

However, Ake looks set to join the blue half of Manchester instead, which could make John Stones surplus to requirements at the Etihad.

The England international has been frozen out this season – and reports suggest he could join Arsenal this summer to play under former Man City assistant Mikel Arteta.

It is understood the Gunners are reluctant to meet City’s £30m valuation, though.