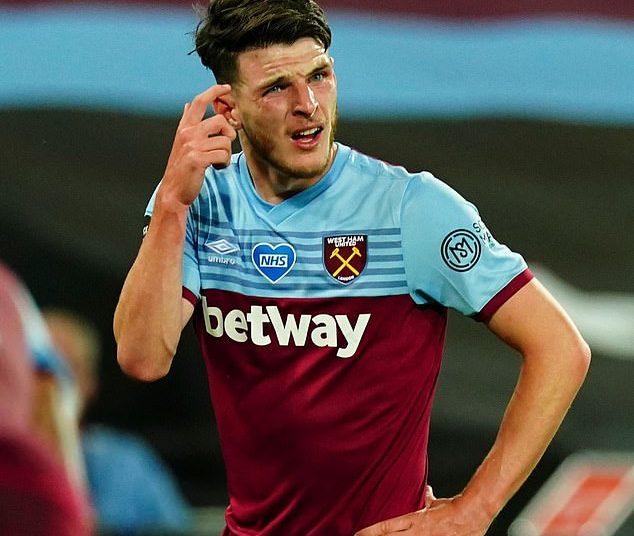 Chelsea are reportedly willing to offer West Ham both Ross Barkley and Michy Batshuayi in a swap deal for Declan Rice this summer.

Frank Lampard is keen to bolster his defensive options in the summer transfer window after a disappointing season that has seen his side concede 49 times in the Premier League.

Rice, who has emerged as key player for the Hammers in the last two seasons, appeals to Lampard because of his ability to play in both central defence and defensive midfield.

And, according to The Times, the Blues are hoping to tempt West Ham into an exchange deal with Lampard willing to offload both Barkley and Batshuayi to the London Stadium if it will help get their man.

But is is claimed Chelsea have already been rebuffed and West Ham have made it clear they have no intention of selling Rice. They are also said not to be interested in Barkley or Batshuayi.

Rice started out at the Chelsea academy but left for West Ham at 14. The Hammers know they do not need to sell their star man after being almost certain of their Premier League status next season.

West Ham have been interested in signing Batshuayi, the Belgian striker, on loan in the past.

The striker is now in the final year of his deal at Stamford Bridge, reportedly worth £120,000 a week, and has failed to make his mark on Lampard’s team.

Tammy Abraham’s emergence has pushed him down the pecking order this season while the impending arrival of Timo Werner from RB Leipzig means Batshuayi is set to leave the club.

Barkley, meanwhile, has failed to cement his place as a regular starter in Chelsea’s midfield this season.

The 26-year-old has made 28 appearances in all competitions since Lampard took charge last summer.

The former Everton midfielder still has three years left on his contract though and is believed to earn more than £150,000 a week, a significant outlay if West Ham were to bring him in.

Newcastle have also been linked with a move for the England international.