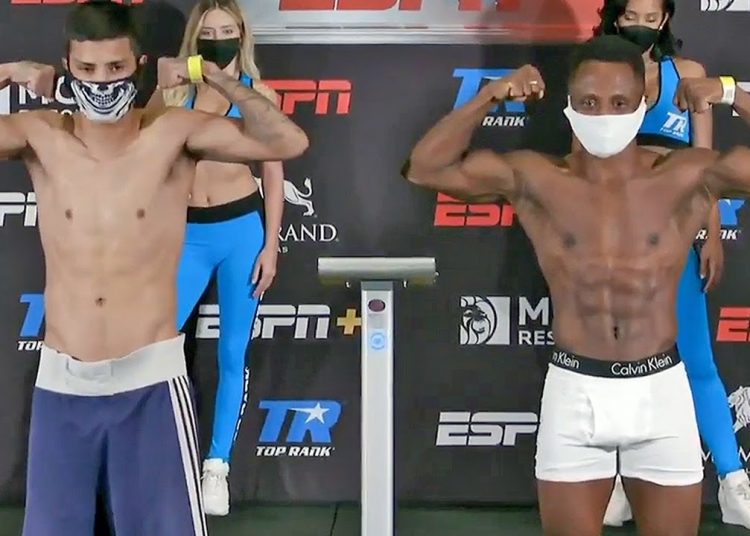 One year and two months. That’s how long it’s been since Ghana’s darling boy of boxing, Isaac Dogboe, last took to the ring. The result on that occasion? A gut wrenching defeat against Emmanuel Navarette, in their WBO super bantamweight world title rematch.

That defeat raised a lot of uncertainty around the 25 year old’s career, with his father and trainer, Paul Dogboe, famously urging his fighter to quit and return to school.

It’s been a tough but fulfilling journey since then for Dogboe, who believes he has found the needed motivation and drive to return to the ring.

The Royal Storm, who could’ve made his long awaited return to the ring last November against Carl Frampton, until the latter failed to recover from an injury, will make his come back against Mexican American, Chris Avalos on July 22 at the MGM Grand in Las Vegas.

This time, Dogboe will be fighting in a different weight class – the featherweight division, after he decided to move up from the Super-bantamweight division.

Despite Dogboe’s ill fate in his last two bouts, the former champion has enjoyed a fairly successful career so far, and still boats of a highly enviable record, with 20 wins from his 22 bouts – the two defeats coming against Mexican Emmanuel Navarette.

Avalos has lost in his two previous attempts at a world title – against Carl Frampton for the IBF title in 2015, and Leo Santa Cruz, for the WBA title in 2017.

The 30 year old’s career consists of 27 wins from his 34 career bouts, 7 losses, with 4 coming via knockout.

The clash between the two is bound to be an exciting spectacle, with both boxers itching to get back to winning ways after respective defeats in their two previous fights.

Scheduled to last eight rounds under the lights in Las Vegas, Isaac ‘Royal Storm’ Dogboe, will be bent on proving to himself and the boxing world once again, that he is the real deal.