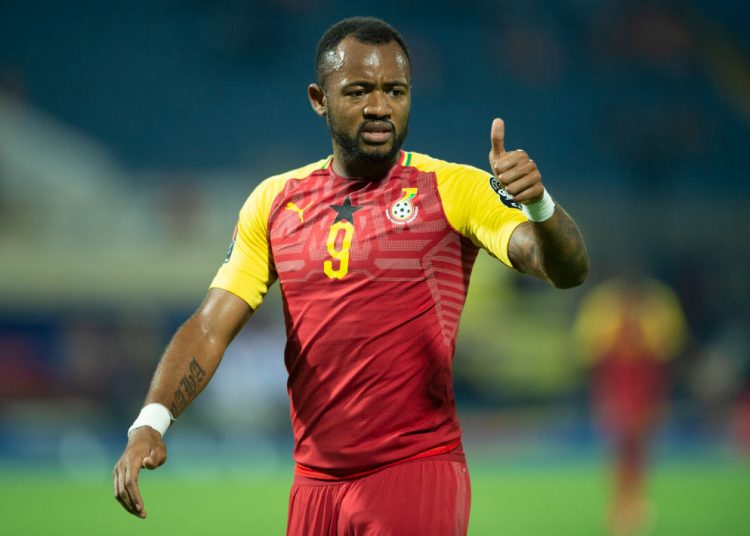 ISMAILIA, EGYPT - JUNE 25: JORDAN PIERRE AYEW of Ghana during the 2019 Africa Cup of Nations Group F match between Ghana and Benin at Ismailia Stadium on June 25, 2019 in Ismailia, Egypt. (Photo by Visionhaus)

Aston Villa Youth Coach, George Boateng believes Jordan Ayew is ready to play for a top 6 team after his impressive form in the Premier League this season.

Ayew, 28, has enjoyed a rejuvenated spell in the Premier League this season, scoring 9 times for Crystal Palace this term and becoming Ghana’s all-time top scorer with 25 goals in the process, surpassing Anthony Yeboah.

The former Middlesbrough captain Boateng believes the Crystal Palace forward’s creativity and hard work shows he is ready to play for a much bigger team than Palace.

“We are not so blessed in the attacking department of the Black Stars and I think Jordan leads the line very well and he is at a very good age and he is scoring goals for Crystal Palace.

“Why I love watching Jordan is because, when you see how hard he works, the goals that he scores, he creates them by himself,” Boateng, 44, said in an interview on The Tracker on Citi Tv.

“Which tells me that he should play for a bigger team, because when you can create goals in such a difficult team that is not blessed with many chances in a game, that means that he is quite prolific,” he concluded.

The 28 year old has made his debut for the Black Stars in 2012 in a World Cup qualifier against Lesotho where he scored his first goal for the senior national team.

Palmer vs GFA: We are unfazed by impending CAS verdict - Harrison Addo