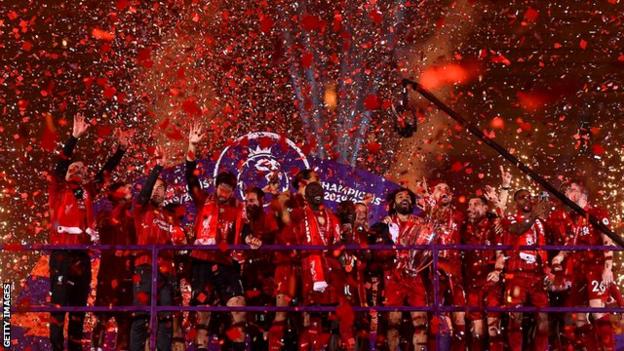 Liverpool, led by captain, Jordan Henderson lifted their first Premier League trophy in 30 years amid fireworks, in a special ceremony at Anfield, following their thrilling 5-3 win over Chelsea. 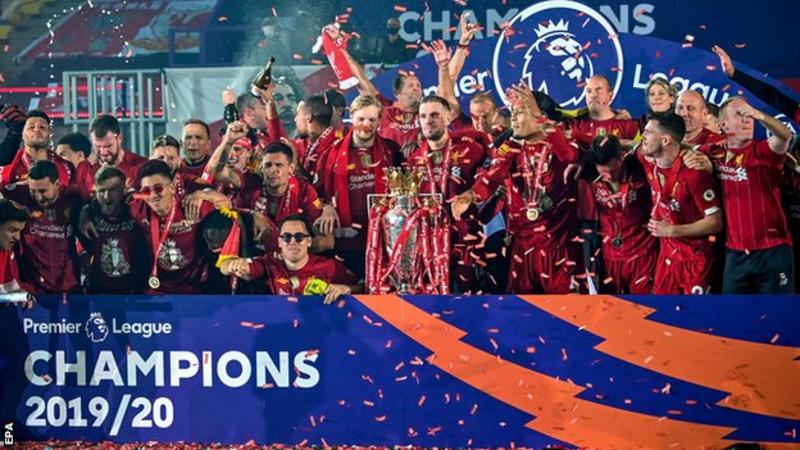 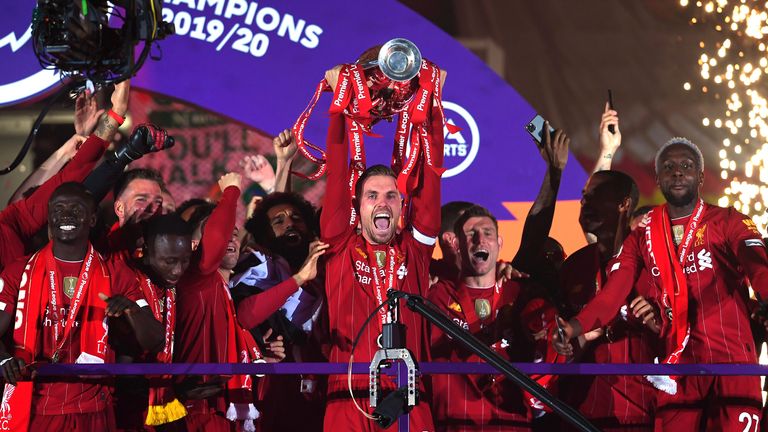 Liverpool clinched the title with seven games to spare on June 25, after Chelsea defeated Manchester City, but had to wait for the conclusion of their final home league game of the season to finally get their hands on the trophy. 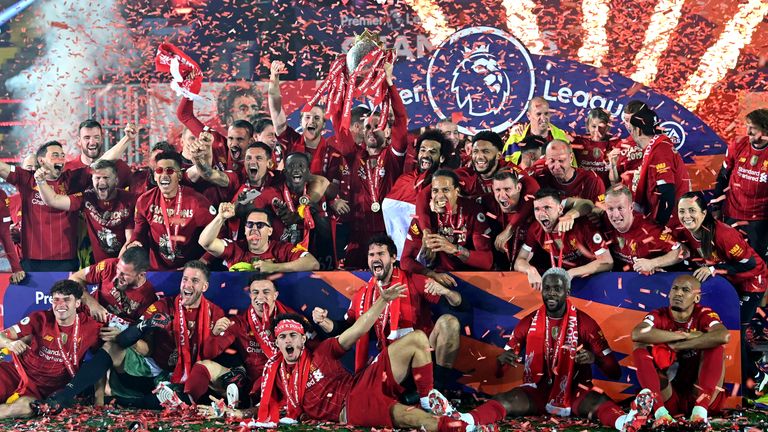 The Reds kicked off the party after their win over Chelsea, which pushed their total points haul to 96.
The result means Liverpool finish the season unbeaten at Anfield, and make it 59 home league games without defeat. 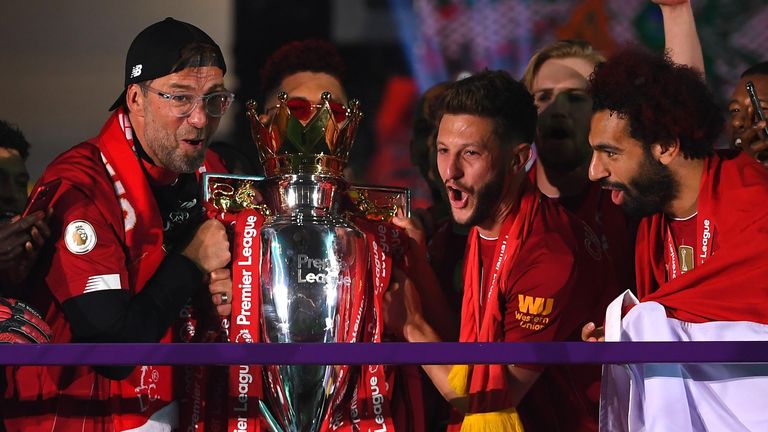