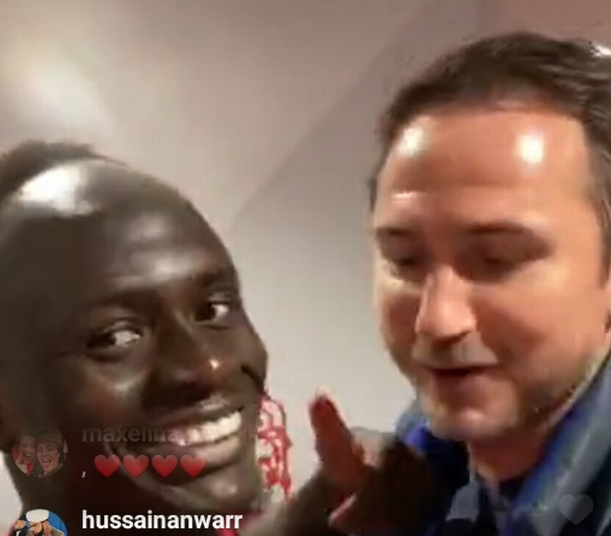 Sadio Mane took Liverpool fans behind the scenes as they lifted the Premier League trophy – and Chelsea manager Frank Lampard made a surprise appearance.

The Reds beat Lampard’s side 5-3 in a thrilling encounter at Anfield, their final home game of the season.

Tensions ran high during the game with Lampard involved in a touchline confrontation with Jurgen Klopp and the Liverpool bench after a foul on Mane leading to Trent Alexander-Arnold’s goal.

But the former England international showed his class after the game as he was captured on Mane’s Instagram Live stream waiting behind to congratulate the Liverpool players.

He approached Mane, put his arm around the forward and simply said: “Well done, congratulations”, as he gave a smile for the camera when realising he was being filmed.

He appeared to be waiting to congratulate Liverpool’s players as they made their way out of the dressing room to The Kop where they lifted the Premier League trophy for the first time.

Mane captured the moments the Reds prepared to lift the Premier League trophy for the first time.

His footage saw him interview Naby Keita in English in the dressing room and ask him about his stunning opening goal.