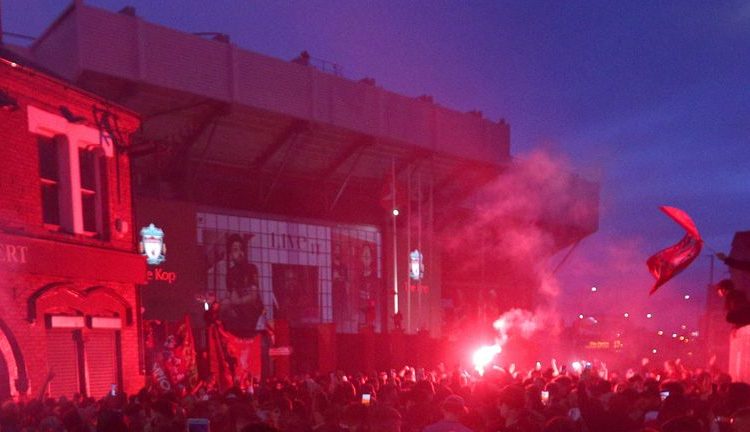 Nine persons were arrested as Merseyside Police issued a dispersal zone around Anfield on Wednesday evening after Liverpool fans defied warnings not to gather outside the stadium on Premier League trophy night.

The force moved to set up the quarantine following scenes of tightly-packed crowds on the streets outside the ground, while the champions played out their final game of the season at home to Chelsea, winning 5-3.

Both police and the club had warned fans not to gather outside the ground due to coronavirus social distancing guidelines, but many appeared less than one metre between each other and were not wearing masks.

Assistant Chief Constable Natalie Perischine, from Merseyside Police, said: “We put a comprehensive and appropriate policing operation in place ahead of the game, with the safety of the public paramount in our decision making. I want to thank all those fans who heeded advice to stay home and watch the celebrations on TV. 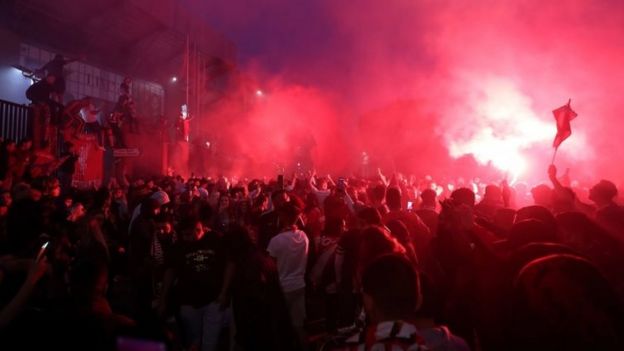 “Officers made a total of nine arrests outside Anfield last night for affray, assault, people who were drunk and disorderly and drug driving.

Fans had been warned before the game that they could face arrest if they congregated in large numbers outside Anfield on Wednesday night.