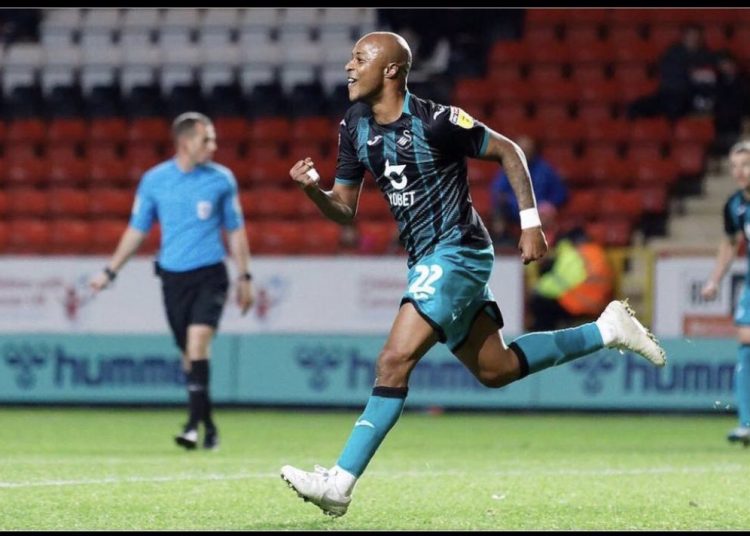 Swansea City Manager, Steve Cooper says the club will hold talks with Andre Ayew over his future at the club at the end of the current campaign.

The Ghana International has been instrumental for the Swans this season scoring 15 goals and providing 7 assists in 44 matches, leading the club to the championships play-offs.

Ayew was expected to depart the Liberty Stadium last summer although he committed his future to the Swans after a transfer failed to materialize.

However, considering his hefty wages, Ayew who has one year left to run on his contract with Swansea is likely to leave the club in the summer.

According to Cooper, the club will hold discussions with the forward in due course.

“I’m sure we’ll have that conversation again,I can’t speak highly enough of him.

“The older players are a real credit to themselves and the football club.

“Andre’s been really great hasn’t he. You’ve all seen him on the pitch and the contribution he’s made and the energy levels that he gives. He leads by example when he’s playing and when he’s training, he said.

“He’s a very good person and a really good professional. It’s been brilliant to see how a top player operates, so I can’t speak highly enough of him”.

Swansea have booked a place in the Championship play-offs after a 4-1 victory over reading on the final day of regular season in the SkyBet Championship on Wednesday night.

The Swans will face Brentford in the EFL playoff semifinal, while Fulham will take on Cardiff in the other semifinal.