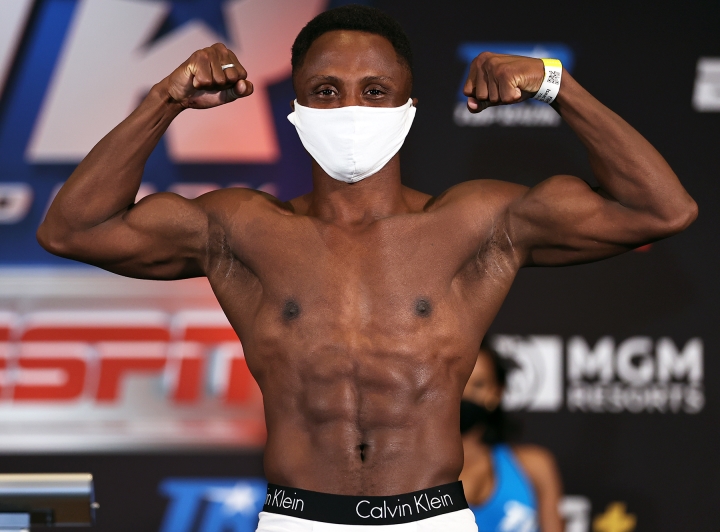 Former IBF welterweight champion, Joshua Clottey has stated that Isaac Dogboe is well equipped to be a dominant force in the featherweight division but his height could prove problematic.

Dogboe marked his return to boxing with an 8th round TKO win over American Chris Avalos on Tuesday night in a featherweight fight.

It was the first time the 25 year old was returning to the ring since his crushing defeat in a rematch with Mexican Emmanuel Navarette back in May 2019.

The former WBO Super Bantamweight champion also switched divisions, choosing to move up to the featherweight division from the Bantamweight where he became world champion in 2008.

At 1.57m, Dogboe is shorter than the average boxer in the featherweight division and former IBF Welterweight Champion Clottey believes that could cause Dogboe problems.

The only disadvantage will be his height because most of the boxers in that division have the physique and height”.

“ But I think he has the experience as a world champion to excel in that division.

He further stated that Isaac Dogboe’s new trainers, Top Rank are doing a good job with the 25-year-old boxer.

“There has been an improvement in the way he fights. Right now he is able to swing his head to avoid punches and he is able to defend his corner very well. This will really help him a lot”.

“Top Rank has done a good job of giving him a fight that will regain his confidence. Chris Avalos is not a strong opponent so I expect him to put in a lot of work”, he added.