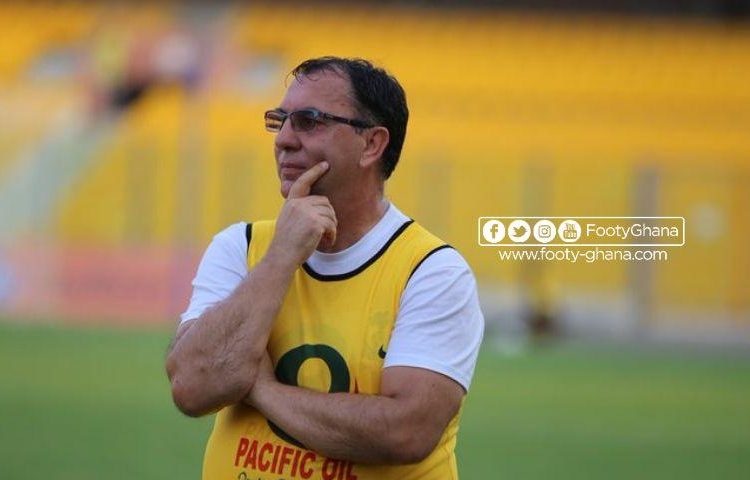 King Faisal have extended the contract of head coach Slaviša “Slavko” Božičić for another three seasons despite their poor performance in the abandoned 2019/20 Ghana Premier League.

The Kumasi-based club languished bottom of the league table for long spells of the first round of the season before the COVID-19 pandemic set in and led to the eventual cancellation of the campaign last month.

But the 54-year-old Serbian has been given the thumbs up for work done so far and blessed to continue the project he began in January with a new deal.

On Wednesday, July 23, Slaviša Božičić extended his contract by three more seasons which will now see him in charge until 2023.

He has been handed an audacious target of a Top 4 finish in the Ghana Premier League.

According to Oyerepa FM, Božičić will take home $3,000 as monthly salary.

In related news, King Faisal have augmented their backroom with the appointment of Dr.Samuel Asiedu-Koranteng of Anaesthesiology and Intensive Care Directorate of the Komfo Anokye Teaching Hospital to head the club’s newly-formed medical team.