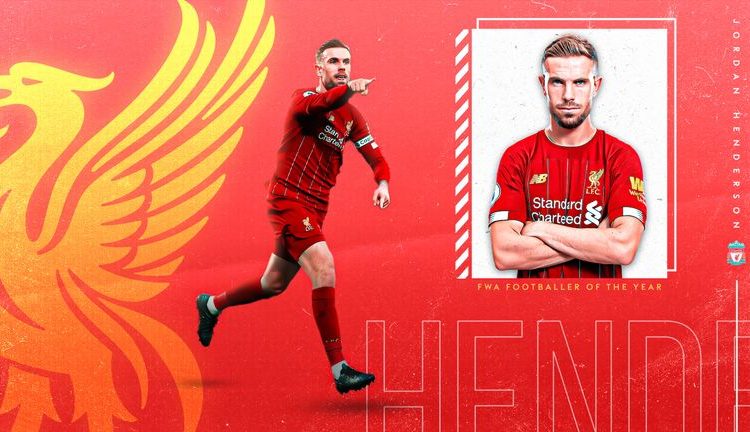 Jordan Henderson has been crowned Football Writers’ Association Footballer of the Year for the 2019/20 season.

Liverpool’s dominance in the league was reflected in the voting as Trent Alexander-Arnold and Alisson Becker also received votes, but it was Henderson – with more than a quarter of the votes who was named winner.

Henderson became the first Liverpool captain to lift the Premier League trophy, as the Reds ended a 30-year wait for a top-flight title. 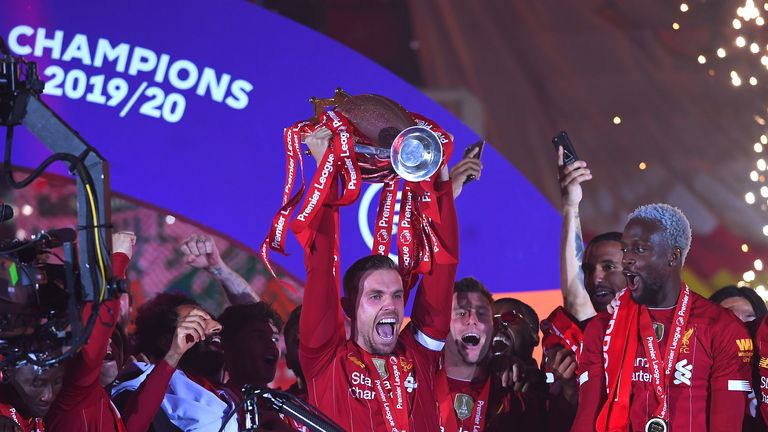 It has been a standout year for club and country for the 30-year-old, as Henderson captained Liverpool to the Champions League title in 2019, while the club also claimed the Club World Cup in December.

He was also named the England national team’s Player of the Year in January 2020.

Henderson registered four goals and five assists in a league campaign in which Liverpool have only tasted defeat on three occasions and his instrumental contribution has now been recognized by football writers across England.

Henderson joins Arsenal’s Vivianne Miedema, who was named the FWA Women’s Footballer of the Year earlier this month.