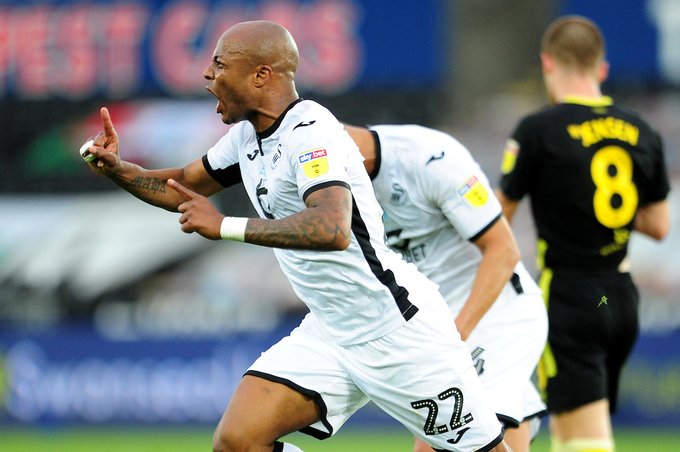 Andre Ayew scored a fantastic goal to give Swansea the advantage in their Championship playoff semi-final first leg against Brentford on Sunday.

It sparked wild celebrations from the home players and fans who had scraped into the playoffs on goal difference.

Swansea were the better side in a very competitive encounter and got a chance to take the lead in the 64th minute when Jansson brought down Rhian Brewster in the box.

GET IN THERE!!!!!!!!!!!!!!!!!!!@AyewAndre fires us in front with a terrific volley following some great link-up play between Gallagher and Fulton!

Ayew’s penalty was however saved by Brentford keeper, Raya who dived the right way.

Swansea were given a huge boost when Brentford were reduced to 10 men after Henry was sent off for a dangerous tackle.

The Swans piled on the pressure as they went close through Guehi and Gallagher before Ayew’s half-volley in the 81st minute.